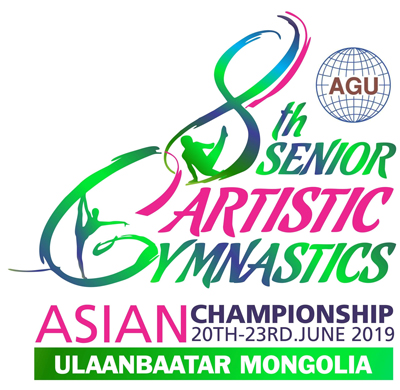 DOHA (QAT) AGU Office: The Team, All‐Around and Individual Qualifications draw of lots for the 8th Senior ART Asian Championships, which will start in Ulaanbaatar (Mongolia) from June 19-23, were held on Sunday.
A total of 19 countries are scheduled to take part including 15 nations decided to field full team while Hong Kong, Jordan, Mongolia and Qatar will participate with individual gymnasts.
In MAG draw, Singapore, PR Korea, Chinese Taipei, Vietnam, Malaysia are in Sub Division I while Philippines, Uzbekistan, South Korea, India, Iran and Mixed Group 2 (Jordan/Mongolia) comprise the other.
The Sub Division III will feature Indonesia, Japan, Kazakhstan, China, Thailand and Mixed Group 1 (Hong Kong/Qatar).
At the other end, the WAG Sub Division I will feature Uzbekistan, Malaysia, India, Mixed Group I (Thailand/Mongolia) while Sub Division II include China, South Korea, Mixed Group II (Indonesia/Kazakhstan) and Mixed Group III (Hong Kong/Singapore).
A Team shall have not more than 4 gymnasts to compete on each apparatus and 3 highest scores will be taken into account for the Team total.
For MAG, the competition consists of optional exercises on six apparatus while for women it will be four apparatuses.
To qualify for vault finals, two vaults are necessary with the qualifying score will be based on average of the two.
However, only the first vault will count for the Team and All-Around ranking.
The total scores of the gymnasts, who perform on all the apparatus in competition I will determine the All-Around rankings, with maximum two gymnasts per federation.
Before the senior championships, the Mongolian capital will host the inaugural 1st Junior Artisitic Asian Cup.