In less than two days the 29th FIG World Championships in Rhythmic Gymnastics will commence! A total of 149 individual gymnasts and 26 groups from 53 different countries representing all continents are registered for this event, which is THE highlight of the international Rhythmic Gymnastics season! The organisers of the Japan Gymnastics Association and the LOC in Mie are proud to welcome gymnastic delegations to the Sun Arena, previously the venue of the 2006 World Cup Final.
FIG member federation representatives for gymnasts participating in the Individual competitions of the upcoming Rhythmic Gymnastics World Championships in Mie (JPN) were requested to attend an Orientation Meeting this morning in the Sun Arena.
Superintendent of the Mie Prefecture Education Commission Masaharu Mukai (JPN) welcomed the delegations to Mie, proud to be hosting the second Rhythmic Gymnastics championships in the area after the 2006 World Cup Final. He wished gymnasts success for these competitions, and hopes the event will be memorable for everyone involved.
Speaking on behalf of FIG President Prof. Bruno Grandi (ITA), scheduled to arrive in Mie on Sunday, FIG Vice President Dr Michel Léglise (FRA) says he looks forward to a tremendous event in the Sun Arena. He called attention to the substantial numbers that distinguish these 29th FIG Rhythmic Gymnastics World Championships: some 300 gymnasts from 53 federations (including Groups) and 150 media representatives. Léglise pointed out the flawless organisation of these championships, overseen by Hidenori Futagi (JPN), President of the Organising Committee and of the Japan Gymnastic Association (JGA) and Managing Director Morinari Watanabe. The Vice President also took a moment to thank the JGA for hosting the competitions. Finally, Dr Léglise gave the floor to Maria Szyszkowska (POL), who looks forward to taking on the challenge of her first world championships as FIG Rhythmic Gymnastics TC President.
Szyszkowska thanked Dr Léglise for his continuous support of Rhythmic Gymnastics and extended her heartfelt appreciation to the JGA. She introduced the new Technical Committee and presented Vera Sesina (RUS) as the new athletes’ representative, assuring the delegations that a strong panel of judges will guarantee fair and objective judging throughout the competitions. She called for respect from all parties in an effort to make this event a great success.
General Competition Director Sakuko Ishizaki went over the organisational details, while Dr Léglise announced that according to the WADA and FIG anti-doping rules doping tests can be conducted at any time.
The meeting concluded as JGA Vice President Zenjiro Yanagi (JPN) thanked the FIG for their invaluable support and wished success to the gymnasts who make all this happen. 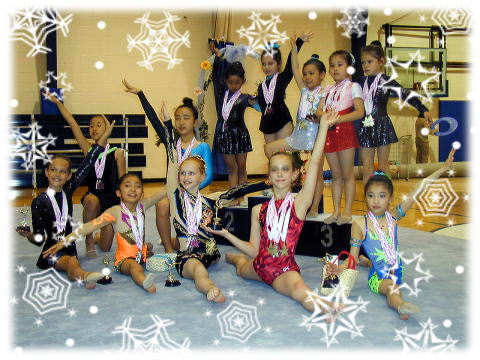