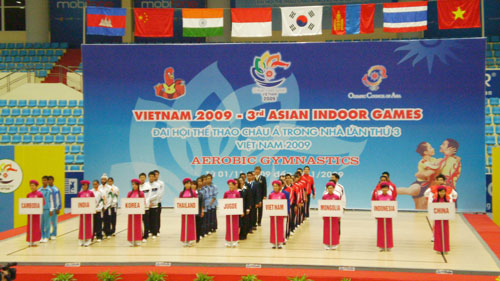 Hai Phong (VIE) November 01, 2009: First day competition in the Aerobic Gymnastics was held in the beautiful hall Haiphong Gymnasium in Hai Phong City located at 100 Km from the capital Hanoi, AGU President Mr. Abdulrahman Al-Shathri was present for the opening ceremony along with some AGU affiliated federations such us Mr. Sawat Sopa President of the South East Asian Gymnastics Zone and President of Thailand Gymnastics Association, Mr. Morinari Watanabe: Secretary General of Japan Gymnastics Association and Mr. Shanmugarajah Honorary Secretary Of Malaysian Gymnastics Federation.
The first day competition was qualifications for the Men’s Individual and the mixed pair:

Men’s Individual Qualification:
11 gymnasts participate at this event from 8 countries and the results was as the following:

Mixed pair Qualification:
6 mixed pair participate at this event from 5 counties and the first place was equal between Vietnam and Korea but the tie score give the priority to Vietnam because of the artistic score was higher that Korea score. 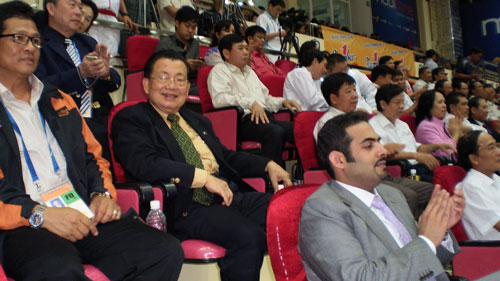 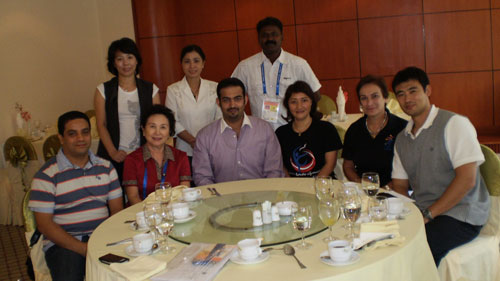