After Uchimura’s exit, a new world champion will emerge 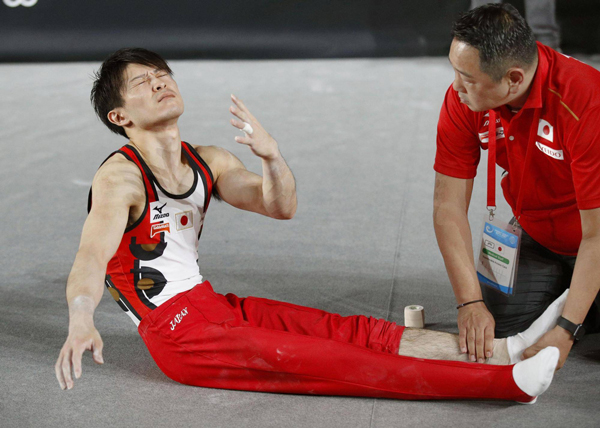 Montreal (Canada): After the early exit of Kohei Uchimura following an ankle injury on Monday at the qualifications, the world awaits to see a new individual All-around champion at the 47th FIG Artistic World Championships here on Thursday.
Fondly called as ‘King Kohei’, the Japanese was forced to abandon his quest for a seventh consecutive title, and now all eyes will be on a young generation of gymnasts during the finals.
The 28-year-old, who began his competition on rings, hurt himself landing his vault. He performed on parallel bars, but didn’t take part in the horizontal bar.
Ukraine’s Oleg Verniaiev, fifth in qualification, will be one of the strongest contenders.  But he will face a stiff challenge from Cuba’s Manrique Larduet, who finished behind Uchimura at the Glasgow edition two years back.
Russia’s David Belyavskiy, who finished fourth in Rio, will also be in the fray with the new guard, led by China’s Xiao Ruoteng and Japan’s Kenzo Shirai, who, however, is a floor and vault specialist.
Verniaiev may have a bright chance as he is quite strong on parallel bars, which earned him gold in Rio.

After Uchimura’s exit, a new world champion will emerge