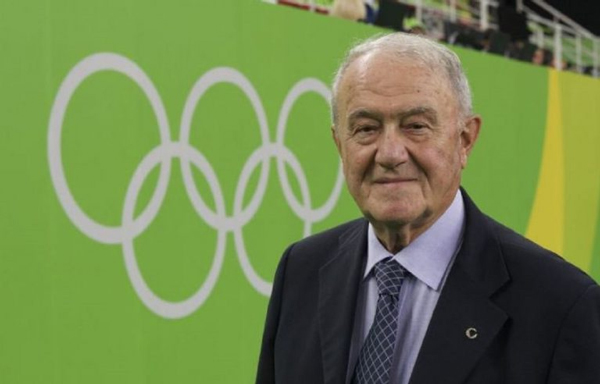 DOHA (QAT) AGU Office: The Asian Gymnastics Union (AGU) mourned the passing away of former International Gymnastics Federation (FIG) President Bruno Grandi.
Mr Grandi, who led FIG from 1997 to 2016, passed away on Friday. He was 85.
The Italian was also a member of the International Olympic Committee from 2000 to 2004 and a member of the Association of Summer Olympic International Federations.
“We’re deeply saddened at the passing away of Mr Grandi. His contribution to develop gymnastics remains unparalleled,” AGU President Abdurrahman Al Shatri told this website on Friday.
Mr Grandi was a member of the junior Italian team before becoming a coach of the country’s men’s team. He led the Italian Gymnastics Federation from 1977 to 2000, and also served as vice-president of the International Olympic Committee (CONI) from 1987 to 2005.
As FIG head, the Italian oversaw a number of changes including the scrapping of the perfect-10 scoring system following controversies at the 2004 Olympic Games in Athens.
Mr Grandi also put a ceiling on the age limit of gymnasts — 16 for women and 18 for men — in international competitions to discourage intensive trainings that were imposed on children in certain countries and reduce the risk of injuries.
By the end of his presidency, the number of FIG member federations had risen from around 120 to nearly 150. Sixteen different nations represented at Mr Grandi’s final Olympic Games in Rio de Janeiro in 2016.
“He was a man full of energy and vigour. His contribution to the sport will always inspire us,” added Mr Abdurrahman.