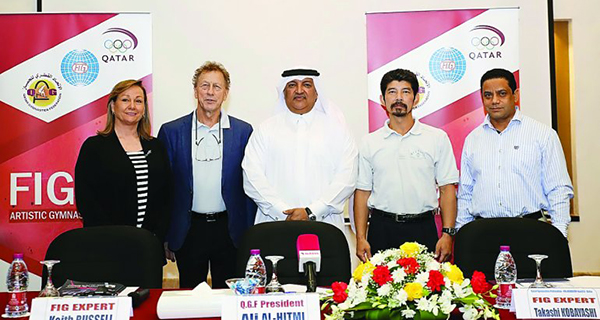 The funeral will take place on July 24.

The Asian Gymnastics Union President Abdulrahman Al Shathri in his condolence message said, “We are deeply saddened by the passing away of Kobayashi at such a young age. The gymnastics world has lost an efficient coach.”

The 51-year-old was one of the most widely admired and respected coaches. His philosophy and techniques shared through FIG coach education events greatly appreciated.

“I was diagnosed with poorly differentiated adeno-carcinoma of stomach cancer, stage IV in fall of 2015. Following the surgery, the oncologist said that the cancer had already infected the lymph nodes. I underwent ten months of chemotherapy but then discontinued it because of the side effects,” he wrote in a letter to a gymnastics website.

Kobayashi was here in December, 2016, along with fellow FIG expert Peggy Liddick at the week-long FIG artistic gymnastics academy level 3 coaching course for men and women hosted by the Qatar Gymnastics Federation (QGF).

Kobayashi had praised Qatar for its efforts to popularise the sport in the region.

“The QGF is doing an excellent work in promoting the sport at the grass-roots level. The annual FIG Artistic Challenge Cup in Doha also shows its ability to organise top events,” Kobayashi had said in an interview.

He had also wished good luck to QGF on hosting the FIG Artistic World Championships.

“I wish QGF President Ali Ahmed Al Hitmi and his team all the best for the 2018 World Championships,” he had said then.