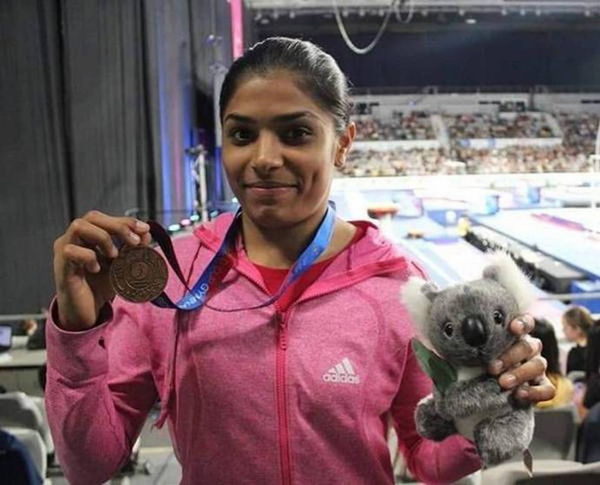 Doha (Qatar), AGU Office: India may not have much to cheer about in gymnastics, but Aruna Budda Reddy had reasons to celebrate at Melbourne’s Hisense Arena on Saturday when she became the first Indian to win a medal at the FIG World Cup Series.

The 22-year-old created history when she won a bronze in vault with a score of 13.649 in the finals.

Aruna qualified to the final with the second-best score. She was impressive in her first attempt, bagging 4.600 for difficulty and 9.066 for execution.

She could not repeat the same in the second as her execution was not perfect and got 4.800 and 8.666 respectively and finished 0.383 points behind Australia’s Emily Whitehead (13.949).

Aruna is the third Indian after Ashish Kumar and Dipa Karmakar, who won bronze at the 2010 and 2014 Commonwealth Games respectively, to win a medal in any FIG competitions.