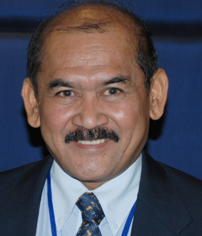 Doha (QAT) / AGU Office, January 15, 2014: It is with great sadness that the AGU has learned of the passing of Mr. Asep Sulaeman who passed away.
Asep Sulaeman was the Secretary General of the Persatuan Senam Indonesia (PERSANI) which is Indonesian Gymnastics Federation since 2011 and AGU Executive Committee Member during the period April 2007 until Mars 2011.
The period of his position as Secretary General of the Gymnastics Federation of Indonesia recognized as one of the best period with many achievements, and significant growth in the development of gymnastics in Indonesia.
On behalf of AGU authorities and the Asian gymnastics community, the AGU offers its most sincere condolences to the family and friends of Asep Sulaeman, as well as to Indonesia Gymnastics.