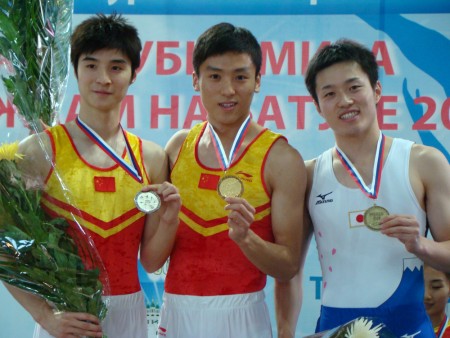 China dominate the FIG Trampoline Gymnastics World Cup A hold in Astrakhan (RUS), September 17 – 18, 2010
With three Gold and three Silver medals, China was the most successful nation at this tournament. Only Mikhail Mel’nik and Sergey Azaryan of the host country were able to thwart China in its medal rush; the Pair won the title in Men’s Synchronised. With two Bronze medals, Belarus also made it to the podium with Tatsiana Piatrenia in Women’s Individual and Alexander Yatskov / Yauhen Zhukouski in Men’s Synchronised, followed by Japanese Manabu Yamaguchi, Bronze medallist in the Men’s Individual category.

Men
Reigning World Champion Dong Dong (CHN) was the man of the day at the Sports Complex Zvezdny. Qualified in top position, Dong outscored compatriot Tu Xiao by a mere .1 in the Final, taking the title in Men’s Individual (42.400). Manabu Yamaguchi (JPN), who qualified seventh, moved up through the ranks to seize a Bronze medal with a final score of 40.600.
1 DONG Dong (CHN) 42.400
2 TU Xiao (CHN) 42.300
3 YAMAGUCHI Manabu (JPN) 40.600 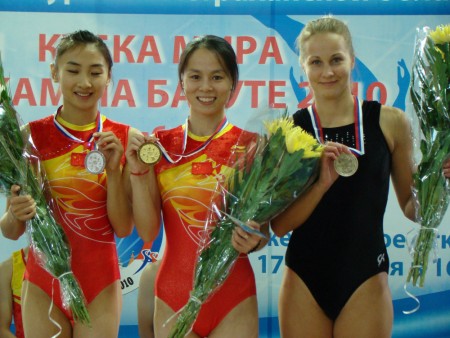 You can find the results here