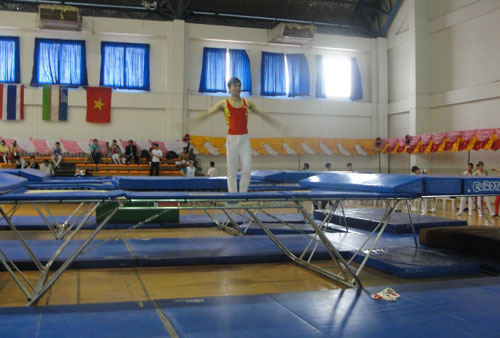 DOHA (QAT), AGU Office March 20, 2012: Trampoline event was organized in parallel of the Artistic event, the qualification event for Men`s Individual Trampoline held on March 11, 2012 in morning session with the participation of 23 gymnasts from 7 countries with the domination of the Chinese gymnasts in the first 4 places. The second qualification for Women`s Individual Trampoline was on March 12, 2012 with the participation of 12 gymnasts from 6 countries also with the domination of Chinese gymnasts in the 3 first places.
As expected the Chinese gymnasts dominate the finals in Men`s event with Chen Lu  39.00 first then Wen Jing Jing with 38.40 in the second place and third the Japanese Murayama Yuri 36.80. The big surprise was in the Women`s Final with the Chinese Hu Zi Chao who failed the routine and lost the first place which was taken to Zhang Zhen Qian  40.80 following by the 2 Kazakhstan Aliev Pirmammad 39.30 and Shinkarev Alexandr 37.90 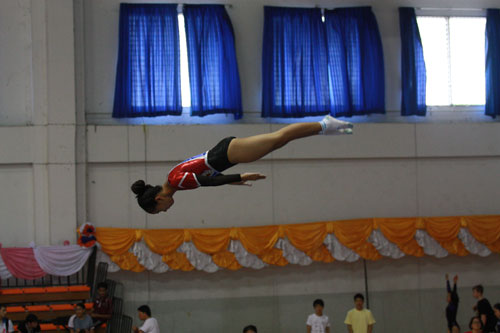