China dominate the Trampoline Finals of the Incheon Asian Games 2014 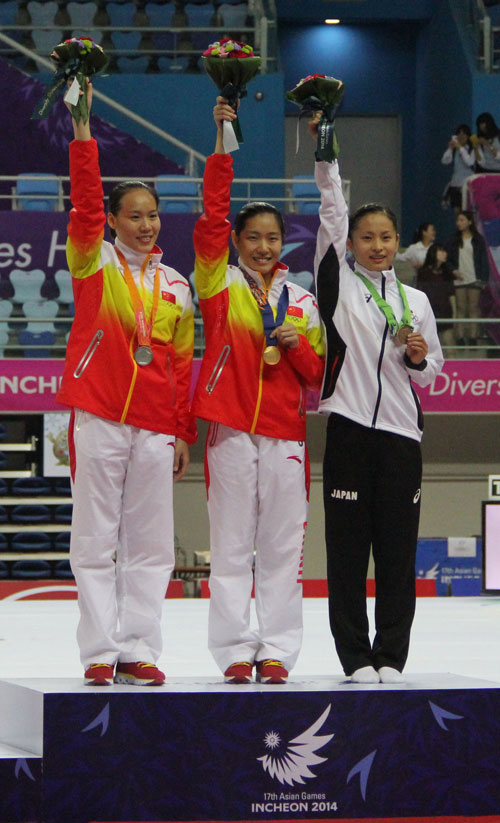 Same scenario happened for the Men’s Trampoline Final with the domination also of China for the first 2 places with DONG Dong (CHN) First with 62.480 pts and TU Xiao (CHN) second with 60.435 pts, the third place goes to UEYAMA Yasuhiro (JPN) with 59.415 pts

China dominate the Trampoline Finals of the Incheon Asian Games 2014