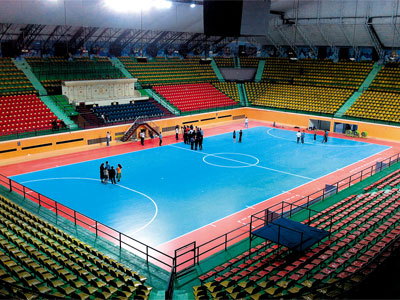 Doha (QAT) April 19, 2017: With China’s receding fortune in gymnastics, the pressure will be on them to regain their lost glory at the 14th Junior Artistic Asian Championships, which starts at the National Stadium in Bangkok, Thailand, from May 16-21.
A total of 146 gymnasts from 24 nations will hope to showcase their talents while China will face stiff challenges from Japan and Chinese Taipei, who have done really well in the last couple of years.
126 athletes from 22 countries took part in the competition in the previous edition in Tashkent, Uzbekistan, in 2014.
The competition, organised by the Asian Gymnastics Union, will help the juniors prepare for the 2018 Asian Championships, which will be a qualifying event for the Youth Olympic Games in Buenos Aires, Argentina.
Meanwhile, the tournament will be a kind of assessment for the Chinese as they will be keen to wipe out their Rio Games memory as well as in the Asian competitions.
In the current scenario, the Chinese gymnasts play a second fiddle to Japan, who have emerged stronger and confident.
Japan took the team gold at the 2014 Asian Games, with China finishing third while South Korea came second.
Even at the Rio Games last year, Japan clinched the team all-around gold, followed by Russia and China, who finished 13th in the medals table with one silver and four bronze medals.
Interestingly, the gymnasts will adapt to the new Code of Points in the tournament, which like the seniors, will be the first Asian Championships in the new Olympic cycle.
According to the FIG rule, those born between January 1, 2000, and December 31, 2003, will be eligible to compete in the boys’ category while girls should be born between January 1, 2002, and December 31, 2004.