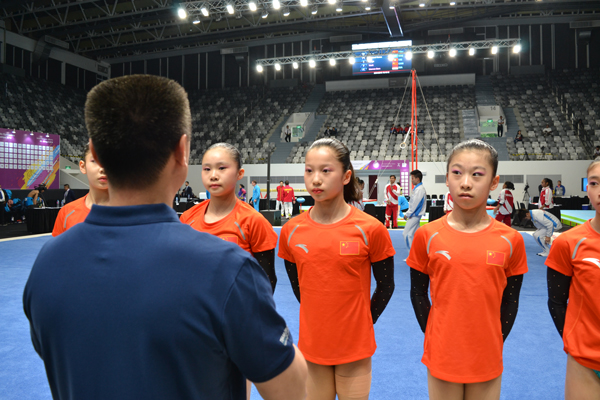 Jakarta, Indonesia: The opening day’s qualifications of the 15th Junior Artistic Asian Championships followed the predicted lines with powerhouses China, Japan and South Korea dominating in the MAG and WAG events at the Istora Senayan Indoor Stadium here on Wednesday.
The four-day championships, which will include six apparatus for MAG and four for WAG, started with the qualifiers on the opening day, with the finals on Friday and Saturday.
Japan and China grabbed two places each in the men’s rings finals while Korea, Kazakhstan, Vietnam and Iran also got into the list.
In pommel horse, Japan, China, Iran and Kazakhstan shared two spots each for a place the final.
Three Chinese gymnasts made it to the top eight in floor, but they had to settle for two per team rules. Japan took two berths while Uzbekistan, Chinese Taipei and South Korea also made it to the finals.
But South Korea’s Lee Yunseo topped the women’s uneven bars followed by China’s Yin Sisi, Japan’s Ikeda Haruka, China’s Zhao Shiting, Uzbekistan’s Aripova Dildora, Japan’s Ashikawa Urara, Korea’s Lee Dayeong and Uzbekistan’s Miroshnichenko.
In vault, China’s Qi Qi topped the chart with 14.025, but she was the sole Chinese as the other seven places were filled by Japan (two), Uzbekistan (two), Kazakhstan, India and Korea.