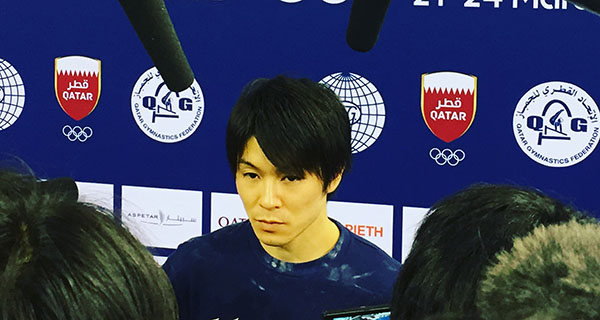 According to the Chinese media, the camp is aimed to exchange technical knowledge between the gymnasts of both the countries.

Japan’s Olympic champion and legend Kohei Uchimura and his team reached the Chinese capital on Sunday, starting their seven-day co-training camp with their Chinese counterpart.

“I personally believe that co-training camp between the top two teams is one of the best ways to promote the development of men’s gymnastics,” said Chinese Gymnastics Association President Miao Zhongyi, who is also the Asian Gymnastics Union East Zone Vice-President.

China will pay a return visit from February 11 to 17.

“Our goal is to defend our crown at the 2020 Olympics,” said Mizutori Hisashi, Japan head coach.

“I hope that we can get some inspiration and from China to improve our execution scores,” added Hisashi.