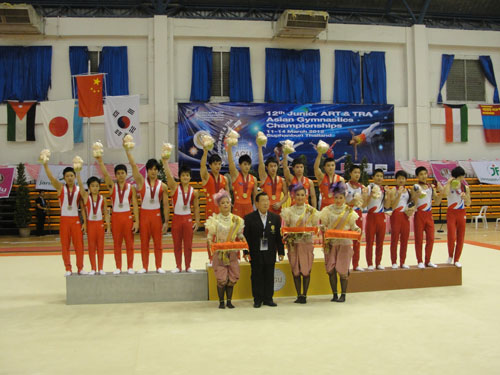 SUPHANBURI (THA), AGU Office March 12, 2012: With superb opening ceremony made from Thailand Gymnastics Association which is a tradition of Thai dances; 3 subdivisions of 15 federations was present in the team finals, all-around final and individual qualifications but in the end of the third subdivision, China (LIAN Li, CHAOPAN LIN, YIXIN DU, YU CEN and YANG LIU) won the team final of the 12th ART Gymnastics Asian Championships which held in SUPHANBURI (THA) during 11-14 March 2012, with a Team total of 261 points ahead of Japan (252.45 pts) – Silver and the Korea, taking the Bronze (251.05 pts).
China was best on all apparatus, The Japan performed exceptionally well were sitting in second position, pressing Korea to fight for the Silver. Korea was better than Japan of the 2 apparatus which are Floor exercise and Vault, It was the Horizontal Bar who failed the Korean, who luckily, had already built enough advantage to save their Bronze medals.
It was one of the most exciting Junior Asian Championships Finals seen in Men’s Gymnastics! The Chinese proved that they are the best team at the moment! They had the highest  Start Values, and this made the difference for them;  in spite of some small mistakes, they were also very stable. You will remember some of these names in the future competing in the senior events. 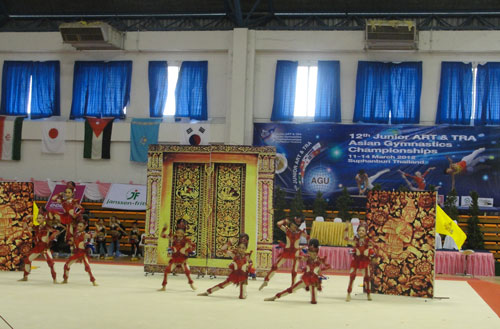