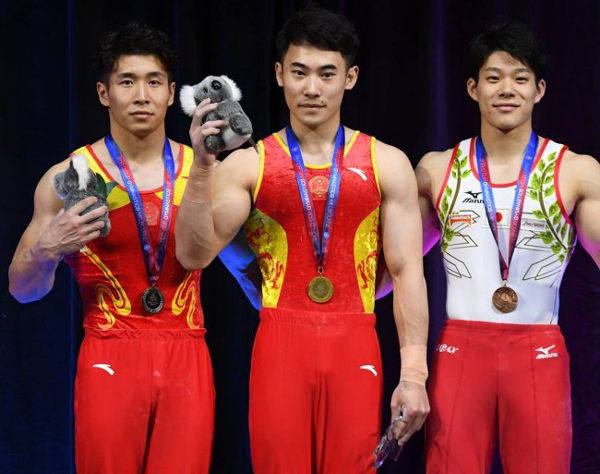 Doha (Qatar), AGU Office: Chinese gymnasts warmed up for this year’s FIG Artistic World Championships, which will be held in Doha in October, by winning four gold medals at the sixth Individual Apparatus World Cup in Melbourne, Australia, last week.
After the disappointment at the 2016 Rio Games, China seemed to have taken things seriously as they prepare for the next Games in Tokyo.
The focus is on the new crop of youngsters, who hope to raise their country’s flag at the podiums not just at the Olympics but also in other FIG events.
China dominated the apparatus with nine medals including four golds. Three of their winners claimed their first-ever World Cup titles, which included Chen Yile.
The 15-year-old stole the limelight with a stunning routine on balance beam. She finished second in uneven bars, narrowly missed out to her teenage compatriot Du Siyu.
The Chinese men added to the gold medal haul.
Ma Yue edged out team-mate Wu Guanhua to win the men’s rings title while Wu Xiaoming and and Tan Di made it one-two in parallel bars.
The Chinese dragon could have spread their wings in the men’s floor, but Ge Shihao lost to Japan’s Kazayuki Takeda, who overcame the former with a higher execution score after both the gymnasts scored the same points.