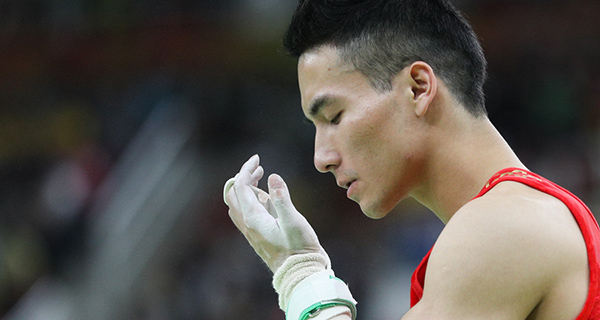 DOHA (QAT) AGU Office: China’s two-time Parallel Bars world champion Zou Jingyuan will be one of the several Asian stars who will be seen in action at the 2019 FIG Artistic Gymnastics World Challenge Cup series that gets under way in the Chinese city of Zhaoqing.
The competition, which runs from May 19-21, will provide a new destination for a series which will consists of seven events.
2010 Horizontal Bar world champion and 2012 Olympic Team gold medallist Zhang Chenglong, All-around bronze medallist at the 2015 Worlds and 2016 Olympic team bronze medal winner Deng Shudi and Liu Yang, 2014 Rings world champion and 2016 Olympic team bronze medallist are the other top names who will be compete.
After Zhaoqing, there will be subsequent events in Osijek (CRO, May 23-26) and Koper (SLO, May 30-June 2).
The series will then resume at the end of August in Mersin (TUR, Aug 30-Sept 1) before it concludes with three legs in September: Szombathely (HUN, Sept 6-8), Paris (FRA, Sept 14-15) and Guimaraes (POR, Sept 19-22).
A total of 50 gymnasts from 11 nations will participate at Zhaoqing, with hosts China represented by a number of highly experienced MAG athletes.
Uzbekistan will field 43-year-old Oksana Chusovitina, a former Olympic and Worlds silver medallist on Vault. The other Asian nations involved are Japan, Korea Republic, People’s Republic of Korea, Malaysia, Singapore and Thailand.