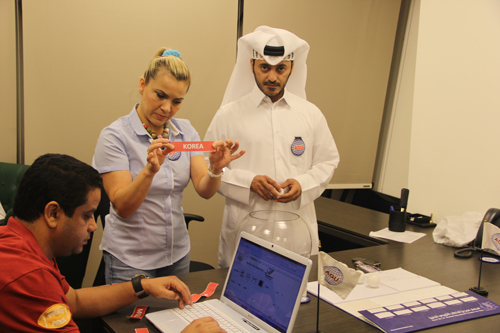 Doha (QAT), AGU Office, September 24, 2013: The drawing of lots for the 6th East Asian Games was held on September 23, less than 2 weeks prior to the beginning of the event.

Overview
The 2013 East Asian Games, officially known as the VI East Asian Games, is an international multi-sport event that will take place in Tianjin, China, between 6 October and 15 October 2013. Athletes from nine East Asian nations will compete in 262 events in 22 sports.
After EAGA’s approval, the 6th East Asian Games will take place October, 2013 in Tianjin, China. This is the largest international comprehensive game for Tianjin to host. At the time, there will be more than 7000 athletes, coaches, referees, media reporters and government officials,sports officials from China,Mongolia,Japan,Republic of Korea,Democratic People’s Republic of Korea and HongKong, Macau, Chinese Taipei, Guam come to participate the Games in Tianjin.