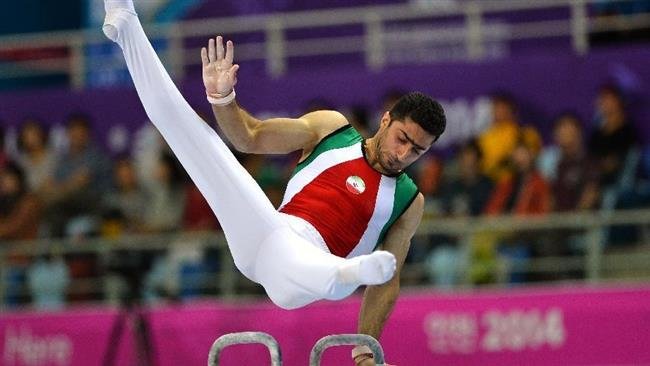 AGU Media, DOHA (QAT): Iran’s Saeedreza Keikha picked up a bronze on the pommel horse at the FIG Individual Apparatus World Cup recently held from November 22-25 in Cottbus (GER).
Though the title was won by Chinese Taipei’s Chih Kai Lee (15.508 points) and silver by China’s Hao Weng (15.266), it was Keikha who earned another element (KEIKHA6) named after him by the international gymnastics federation (FIG)
“Fortunately, I won a bronze medal and also FIG recognised my sixth element as KEIKHA6,” Keikha told www.agu-gymnastics.com.
Keikha, who has had four pommel horse elements named after him, scored 15.133 points for the bronze, made history for his country when his first unique element on the horse was named “The Keikha” in his honour last year.
He then followed it with another variation (KEIKHA 2) on the traditional flair at Islamic Solidarity Games in Baku, Azerbaijan, in May, 2017.