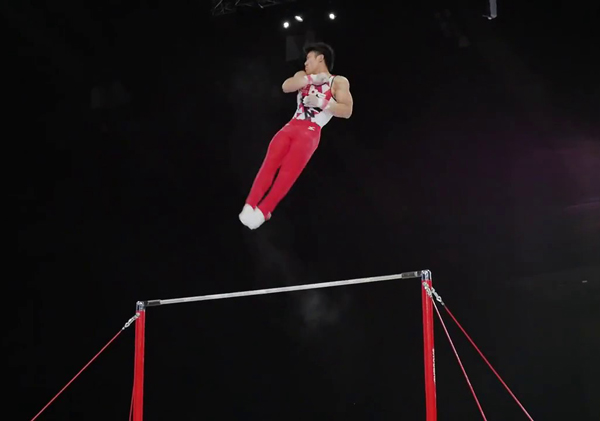 Doha (Qatar), AGU Office: The International Federation of Gymnastics (FIG) has recognised the new elements of Japan’s Hidetaka Miyachi and Aiko Sugihara.
Miyachi’s horizontal bar technique, which was first performed at the FIG Artistic World Championships in Montreal, Canada, in October, consists of a stretched double somersault with two turns.
The eponymous move was given the maximum “I” difficulty level.
Sugihara’s move, executed on the balance beam and performed at the same event, is a 720 degree turn with the free leg held at a 180 degree split throughout the turns.
The element was given an “E” difficulty level.
The “Sugihara” was first shown off at last year’s Toyota International, but was not named until it was performed at the Worlds because FIG recognises new techniques only if they are performed at a major international event.