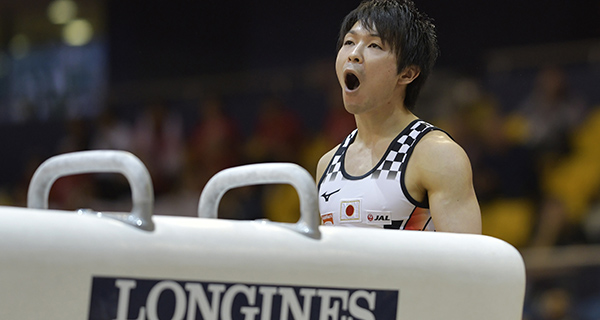 DOHA: It will be an interesting battle when China and Japan face the might of Russia in the eight-team MAG Team final here on Monday.
Russia, who topped the qualifications, United States, Great Britain, Brazil, the Netherlands and Switzerland are the other teams in the fray.
The action starts at the Aspire Dome at 4pm and a lot depend on the Asian giants to retain the title in the continent after China won it last year in Montreal, Canada.
The Russians outscored defending world and Olympic bronze medalist China, which qualified second to the final, and defending world and Olympic champion Japan, which qualified third.
Olympic champion Japan, the defending world champion from the 2015 Worlds in Glasgow, Scotland, struggled in spots in the early qualification session last Friday, with four missed routines on pommel horse, and finished third behind China with a team total of 253.312.
It would be interesting to see how the legendary Kohei Uchimura and 2017 All-Around bronze-medalist Kenzo Shirai and the talented Wataru Tanigawa fare in a strong field which will have the confident Russians, who are targeting first team medal since 2006.
Two-time Olympic All-around champion Uchimura, who won six consecutive world All-around titles between 2009 and 2015, competed in three events only after spraining his ankle last month. He earned the top score on horizontal bar, where he showed three huge release moves (piked Kovacs, Cassina, and Kolman).
But Japan’s fortune will depend on how the 29-year-old performs on the apparatuses after struggling with injuries ever since he missed 2017 edition in Montreal, Canada.
Meanwhile, China, who tallied 257.836 to Russia’s 258.402, will be aiming to revive their image and, also hoping that the reigning world All-around champion Xiao Ruoteng, who qualified first to the All-around final, also come up with something spectacular.
The team’s best performance in the qualifiers was on parallel bars, where they amassed a massive 46.066 event total.
Zou Jingyuan, the defending world champion on the event, posted an impressive 15.800, the highest score yet at these World Championships.