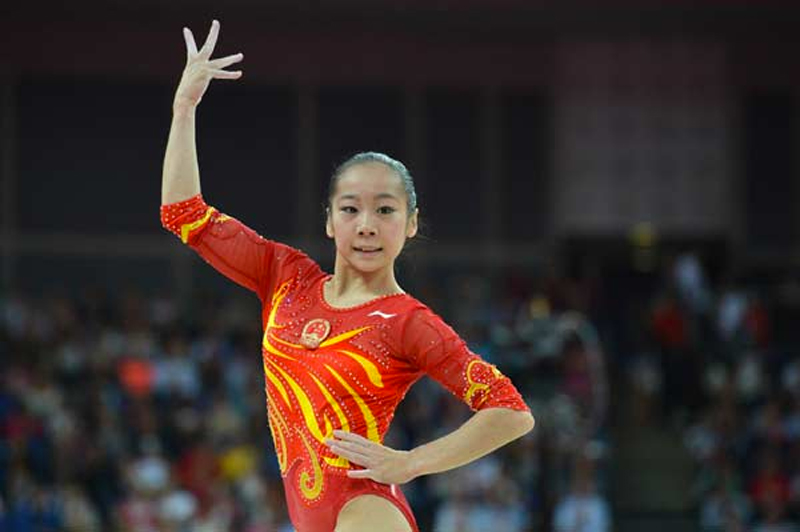 The 25-year-old had won a team gold at the 2008 Beijing Games and Balance Beam title at the London Games four years later.

The 10-day training camp, which is aimed to scout talent to build a team for the Paris 2024 Olympic Games, was started on November 29 with over 130 gymnasts.

“GK courses can make young gymnasts think in a more comprehensive way and strengthen their ability to resist pressure. It will make their training more effective,” said the Deng at a training programme at Wuhan in Hubei province.

The camp featured training practice, theory classes and seminar courses, and experts in both gymnastics and psychology were also invited.

“The camp is an excellent way to train talented gymnasts. They can compete with and learn from each other,” said Deng, who now coaches central China’s Anhui province.

“In the past, gymnastics was regarded as a painful, tiring and even boring thing. But now the general administration advocates ‘happy gymnastics’. In the long run, the combination of training and GK will create a self-sustaining cycle of positive development in the sport,” added Deng.