Great preparations by Uzbekistan for the Juniors RG Asian Championships 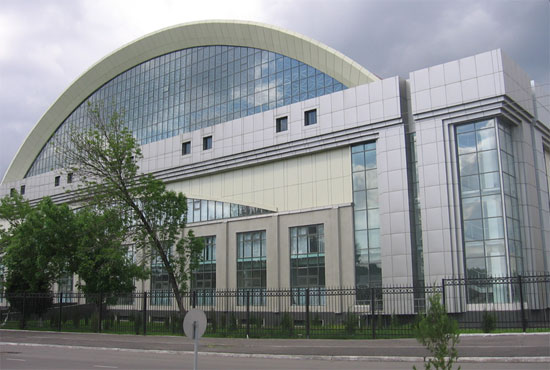 Mr. A-Rahman Al-Shathri- the AGU President has visited Uzbekistan and discussed the ways to develop the sport of Gymnastics in Uzbekistan.

He has seen Universal Sport Palace, where will take place In February 2010, the Juniors RG Asian Championships.  Having such base as Universal Sport Palace and professional coaches, UGF have possibility to hold different events in all kinds of Gymnastics on their own base. The officials and responsible in Uzbekistan welcomed this purpose and promised to assist. 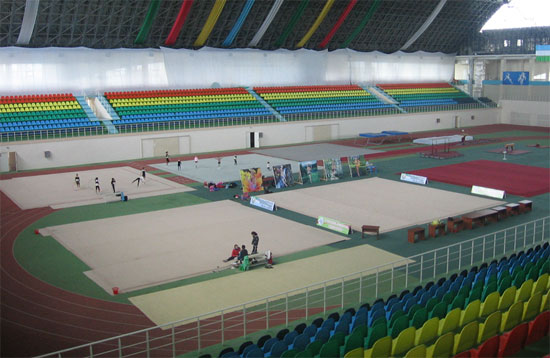 In February 2010, the Juniors RG Asian Championships will take place in Tashkent; it is the license tournament for the first Youth Olympic Games. This competition will be held in Universal Sport Palace. At this time preparation work for rigging with the essential equipments of sport complex is doing. 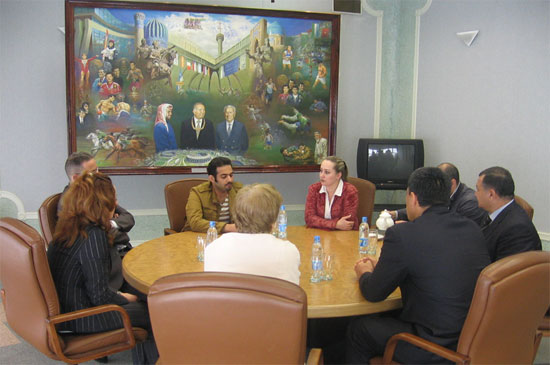 During the discussion, was decided that both sides, Asian Gymnastics Union  from one side and    Gymnastic Federation of Uzbekistan from other side, will cooperate in the development of gymnastic kinds in Asian region, by the organization and conducting International competitions, seminars, congresses, round-table at the territory of Uzbekistan.

Great preparations by Uzbekistan for the Juniors RG Asian Championships