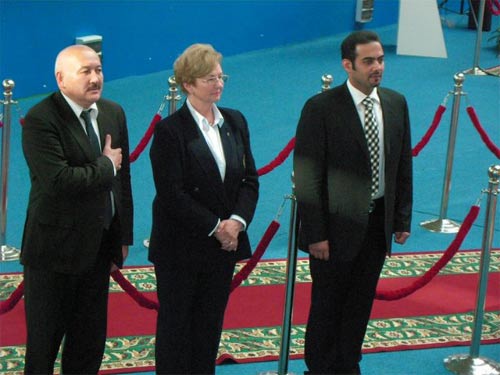 With a great success, the 5th Senior and 12th Junior Rhythmic Gymnastics Asian Championships have been successfully finished.

Many countries have been participated in the event which was held in Astana, Kazakhstan’s capitalfor continental titles in both junior and senior.

The senior event had a strong competition between China, Japan, Uzbekistan, Kyrgyzstan, Chinese Taipei, Thailand, Indonesia, Mongolia and Kazakhstan.  The host country – Kazakhstan as a team champions with an overall 269,675 points. Team Japan placed second (261,850) and Uzbekistan (258,575) outscored China (254,725) for the Bronze.

Anna Alyabyeva of Kazakhstan was the special championships star atfer winning one Bronze and a total of five Gold medals to her country.

Second with her team and fourth in the All-around, Runa Yamaguchi won the sole individual medal for Japan at these championships, taking the Bronze on Ball (27,050).