I felt kind of tired on pommels, says ‘King’ Kohei 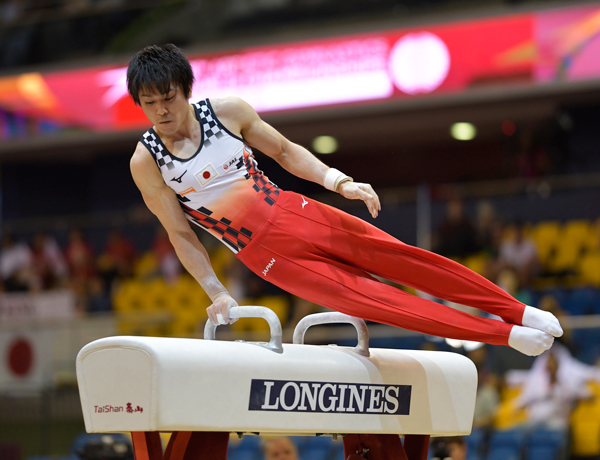 AGU Media, DOHA (QAT): Ten-time World and two-time Olympic champion Kohei Uchimura said that now he feels the pressure when he competes.
“When I come to the Worlds, everyone is looking at me like I’m king. But other Japanese gymnasts are not looking at me like that. But when I compete, I kind of feel the pressure,” said Uchimura on Friday.
The 29-year-old felt he would’ve been tired even if he was competing six events.
“If I competed on six events, I could say I was tired, but I even though I didn’t compete on six events, I felt kind of tired on pommels. Also, I didn’t have good training on pommels, so that’s what happened,” Uchimura said.
However, the legend of modern gymnastics handled the pressure well during the men’s qualification at the Aspire Dome.
Uchimura, who won every major global All-around title from 2009-2016, was impressive on the horizontal bar to top the individual standings with a score of 14.600 and helped Japan into the team final.
On managing the potential frustration and pressure of not competing on all six apparatus (he is recovering from an ankle injury), the Japanese added, “I don’t get frustrated, even when I fail at something. I always think, ‘Why?’ The ‘Why?’ is coming first, so that’s why I don’t get frustrated and I don’t feel the pressure.”

I felt kind of tired on pommels, says ‘King’ Kohei