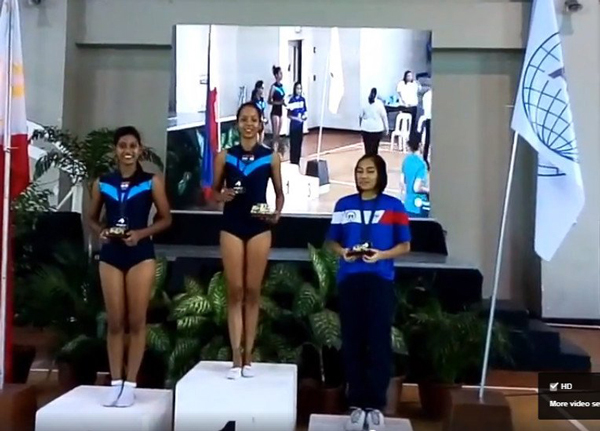 Doha (Qatar), AGU Office: The Fourth Senior and Junior Asian Trampoline Championships was held at the University of Makati in Manila, Philippines, from May 19–20.

The championships featured 100 athletes from 10 nations and was organised by the Gymnastics Association of the Philippines (GAP) under the aegis of Asian Gymnastics Union.

In the women’s final, the Chinese were in superb form as Fan Xinyi (54.740) and Yan Junyi (52.805) completed one-two in the individual junior final. Japan’s Masuzaki Serina had to be content with third place (51.800).

Meanwhile, Indian women bagged a gold and silver in the individual senior final, with Shivani Dound and Siddhi Breed claiming the honours followed by Erin Abaniel of the host nation.

“Majority of the strong senior teams like Japan, South Korea and China did not field teams here because they’re preparing for the FIG Trampoline World Cup in Maedashi, Japan, in July since it’s an Olympic qualifying event for 2020 Tokyo Games,” said Tournament Director Evan Gandia.