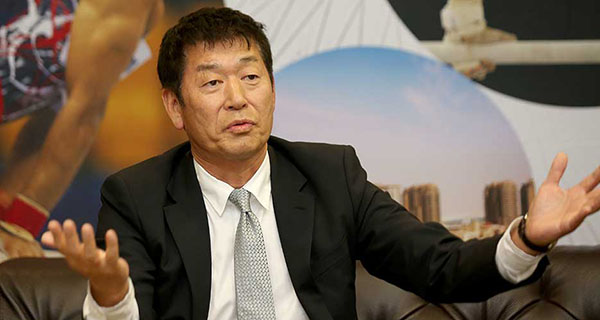 Doha (Qatar), AGU Office: The International Olympic Committee (IOC) Executive Board has decided to propose FIG President Morinari Watanabe for election as a new IOC member at the next IOC Session in Buenos Aires, Argentina, in October.

It’s certainly a good news for the world gymnastics family particularly for Asia as the Japanese has inculcated a sense of professionalism in the world body since he took over the reins from Bruno Grandi after the FIG election in 2016 end.

“I am extremely honoured that the IOC Executive Board has decided to propose my candidature. I sincerely thank IOC President Thomas Bach, and IOC Members Election Commission,” Watanabe said in an interview on the FIG website. “I have deep respect for Bach, and I would be very pleased to work for the IOC if the Session supports my nomination.”

Watanabe, who joined FIG office on January 1, 2017, is the ninth President.

“This opportunity is a result of the hard work of everyone in the FIG family and the solid foundations laid by my predecessor Grandi. So far, my responsibility has been limited to gymnastics, but I would be keen to participate in promoting the Olympic movement as a whole,” he added.