It’s just the beginning of our journey, says Chow 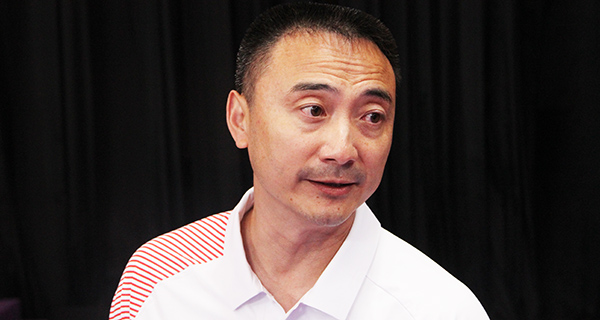 The Chinese women had an impressive outing at the 18th Asian Games in Jakarta, Indonesia, last August but their head coach Liang Chow had said that his wards weren’t really tested due to the absence of a strong Japanese side in the continental competition.
Du Siyu, Zhang Jin, Chen Yile, Liu Jinru, Liu Tingting and Luo Huan will be contending for multiple medals at the 48th FIG Artistic Gymnastics World Championships when the WAG qualifications starts here on Saturday.
A lot depends on the first-year seniors Chen and Du to seal an Olympic berth, but Liang cautions against any predictions.
“It’s just the beginning of our journey. We have a long way to go,” said Chow, who served as US women’s team head coach in 2007 and 2008. “It’s a very challenging year. We will try our best.”
China finished second to the United States at the 2014 and 2015 World Championships, and claimed bronze in Rio, and a team medal next week would mean automatic qualification to 2020 Tokyo Olympic Games.
The Chinese has come with a new squad with Luo and Liu are the only gymnasts with World Championships’ experience, earning seventh-place finishes in the uneven bars and balance beam finals at the 2017 Worlds in Montreal, Canada.

It’s just the beginning of our journey, says Chow