It’s time to concentrate on skills I lack, says Yulo 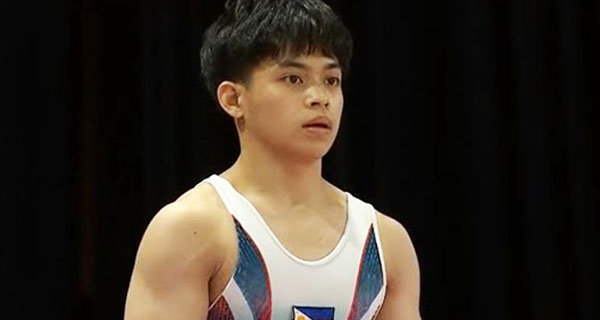 DOHA (QAT) AGU Office: Carlos Edriel Yulo of the Philippines continues to prepare for next year’s Olympics in Tokyo, where he is currently studying and training for over three years.
The 20-year-old had an impressive 2019 where he won a gold at the FIG Artistic World Championships in Stuttgart (Germany) and then debuted at Southeast Asian Games in his country last December.
He bagged a pair of gold and five silver medals in just his first appearance in the biennial sports event.
“For the preparation for the Olympics, we’re doing what we can right now,” Yulo said in a recent interview.
Like other gymnasts, a lot of time has been wasted on trainings due to the COVID-19 pandemic which has also forced 2020 Olympic Games to be postponed till next year.
“I can add more skills to my routine and polish my movement during this time. It’s time to concentrate on skills I lack,” said the Manila native.
However, Yulo sees the postponement as extra time to improve on himself and his routine for the upcoming Olympics.
“This is the time to think and talk to one’s self. Reset mindset, write down goals and be in good shape and healthy,” he added.
Japan on May 25 lifted the state of emergency declared over COVID-19 as the number of new infections with the novel coronavirus decreased to mere dozens per day.

It’s time to concentrate on skills I lack, says Yulo