Jalnovakova Ludmila Dmitrievna has passed away

Uzbekictan, 23rd of August 2009 the Veteran of sport, leading specialist of national artistic gymnastics, trainer of the highest category Jalnovakova Ludmila Dmitrievna has passed away.
Jalnovakova Ludmila Dmitrievna was born in 1946. She had a higher education special. In 1968 she graduated from the Uzbek State Institute of Physical Culture. Her sports-employment began in 1972. She was a leading specialist of many sporting organizations. In the past she was engaged in artistic gymnastics and was a member of the national team of Uzbekistan.
During her work she has established herself as a qualified specialist who knows her business.
She has always improved her professional level and also she gained a great respect of her colleges, sportsmen and gymnastics community in the Republic of Uzbekistan and outside it. She made a tremendous contribution to the development of national gymnastics. She has also conducted extensive public work.
Under her leadership has been prepared a large galaxy of highly skilled athletes, who has repeatedly defended the honor of our country on the international sports arena. Among them are repeated winners of world Championships, Olympic Champions of 1992 in Barcelona Chusovitina O. and Galieva R., and also participants of Olympic Games in 1996 in Atlanta Valeeva E., Dzundzyak A. and many others.
In the period of her activity the member of national team of Uzbekistan Anton Fokin became the sportsmen of “World Class” on the recognition of FIG. In 2007 Fokina Anton became a bronze medalist of World Championship 2007 and also he became a bronze medalist of Olympic Games 2008 in China. Also gymnasts, such as Ninkova A., Fayfulina T., Hasanova K., Osimov R. several times became medalists of international competitions.
Jalnovakova L.D. has been elected as a General Secretary of Uzbekistan Federation of artistic gymnastics for 12 years, also she has represented our Republic at all major international competitions as a judge of the international category for many years. During the two Olympic cycles she has been put forward for the post of Vice-President of the Technical Committee of AGU. 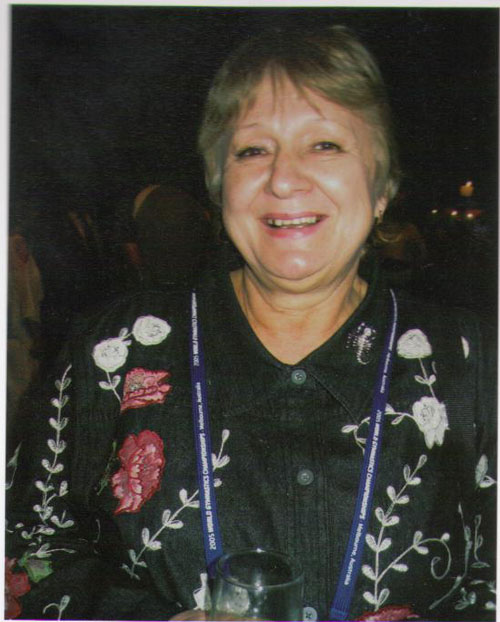 Jalnovakova Ludmila Dmitrievna has passed away