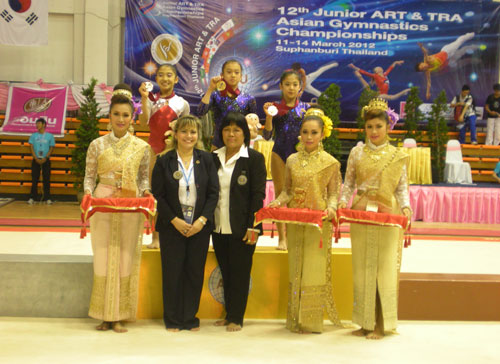 DOHA (QAT), AGU Office March 20, 2012: As predicted, MANASE ASHIKAWA (JAPAN), won the Women’s All-around title of the 12th Junior ART Asian Championships in with a score of 54.10 pts followed by AZUMI ISHIKURA with a total of 53.30 pts and third the Korean NARAE YUN with a total of 52.60 pts.