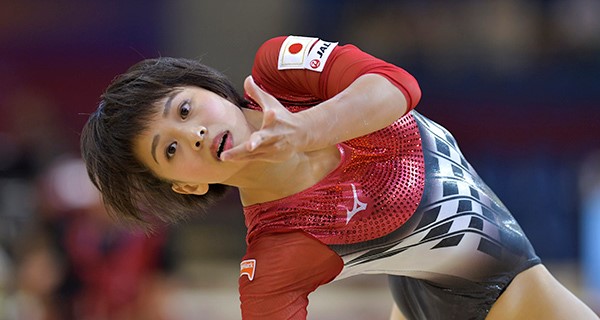 DOHA (QAT) AGU Office: Japan’s women artistic team uncorked a huge surprise when they dropped their reigning world all-around silver medalist Mai Murakami for this year’s FIG World Championships in Stuttgart (GER).
“Yes, she is in eligible for the World Championships for now,” Japan gymnastics federation was quoted as saying by olympics.nbcsports.com.
The 22-year-old missed one of the nation’s spring qualifiers for fall worlds with a reported back injury. That is the reason she’s ineligible, according to Japanese media.

The Worlds in Germany are crucial for the Japanese women. They must finish in the top nine in the team event to qualify a full team for the Tokyo Olympics.
USA, Russia and China have already qualified for next year’s Summer Games.
Murakami was an alternate at the 2015 Worlds, but was included due to a team-mate’s injury and finished sixth in the all-around, the best finish by a Japanese woman in six years.
In her Olympic debut in Rio, Murakami had the best finish by a Japanese female gymnast, seventh on floor exercise. She followed that by topping all-around qualifying at the 2017 World Championships, where a fall off the balance beam in the final dropped her to fourth.
She bounced back to win the floor exercise title at those Worlds, becoming the second Japanese woman to win an Olympic or world all-around title and first since 1954.
Last year in Doha, she finished behind Simone Biles of USA and ahead of Morgan Hurd to become the first woman to beat an American in an Olympic or world all-around final since 2014.