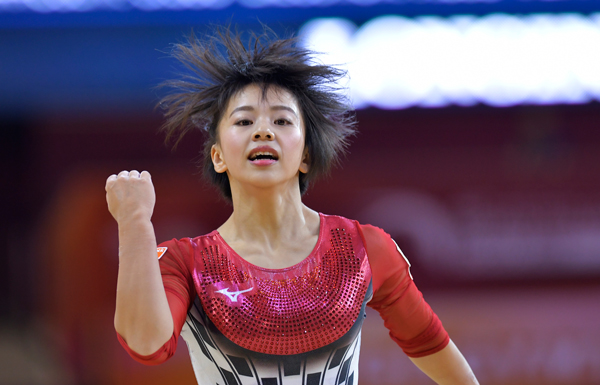 DOHA (QAT) AGU Office: Japan’s Mai Murakami won a bronze in the women’s all-around competition at the American Cup, a tournament on the FIG World Cup series.
The 22-year-old scored 55.732 points at Greensboro Coliseum Complex while America’s 15-year-old Leanne Wong, who was making her debut in a senior competition, won the title.
“It’s frustrating that I made the mistake, but I was trying out a new technique so I shouldn’t really be upset about it,” said Murakami. “I think I would’ve done really well if I nailed that one technique. I see myself making huge improvements.”
Murakami, a silver medalist at last year’s FIG Artistic World Championships in Doha, fell from the balance beam while attempting a new technique, which involves spinning three times after squatting down.
She secured a podium finish after scoring 14.133 points in the floor exercise, the final routine.
Japan’s super star Kenzo Shirai pulled out of the men’s tournament to treat a left-ankle injury he aggravated about a week before traveling to the United States. The 22-year-old plans to compete at April’s World Cup event in Tokyo.