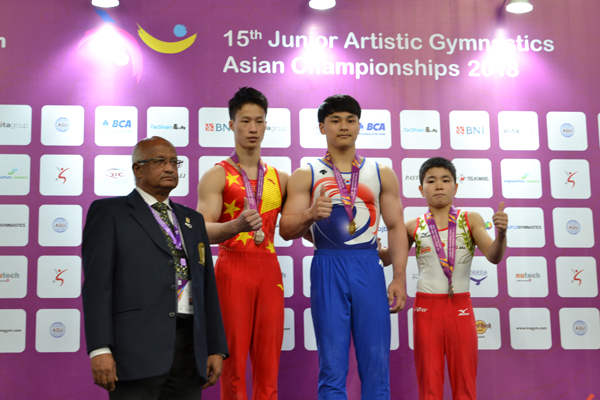 Despite China and Japan’s domination in the competition, Korean gymnasts had a fair share of thrills and frills as they had proved to be quite competitive and threw a challenge to Asia’s best teams.

Jonghyeok, who came third in the qualifiers behind Japan’s Oka Shinnosuke and China’s Yin Dehang, pipped his rivals to top the podium with a score of 13.650 points – marginal 0.150 points increase from his qualifying score.

Shinnosuke, who won a bronze in the men’s All-Around on Thursday, finished third (13.275).

Gymnasts from 20 countries are participating in the event, which ends tomorrow.