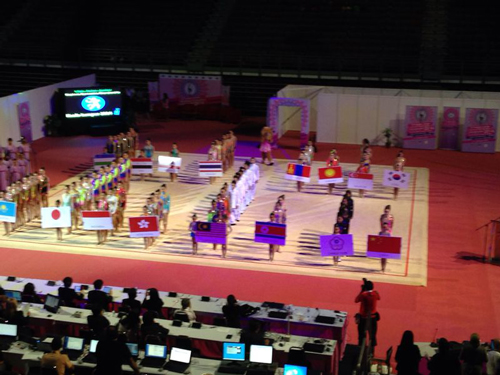 Two Malaysian gymnasts have booked their berths to the individual finals in the hoop discipline at the 13th Asian Junior Rhythmic Gymnastics Championship.

Malaysian gymnast, Olivia Tai Qing Tong who scored 14.050 points, was placed third among 40 participants in the qualifying round at the Putra Stadium in Bukit Jalil, Kuala Lumpur, Friday.

Another Malaysian gymnast, Shasangari Sivaneswary collected 13.750 points to be placed sixth. Also in the final were two gymnasts from Uzbeskistan, Jasmin Yusupova and Nilufar Shomuradova with the highest score of 14.200 points.

In the qualifying round Friday, only two disciplines were contested, hoop and ball while clubs and ribbon will be competed on Saturday.

There were, however, no national representatives in the ball discipline.

The finals for all disciplines will be held on Monday and the four best Asian gymnasts will grab the slots to the 2014 Junior Olympics in China in August. 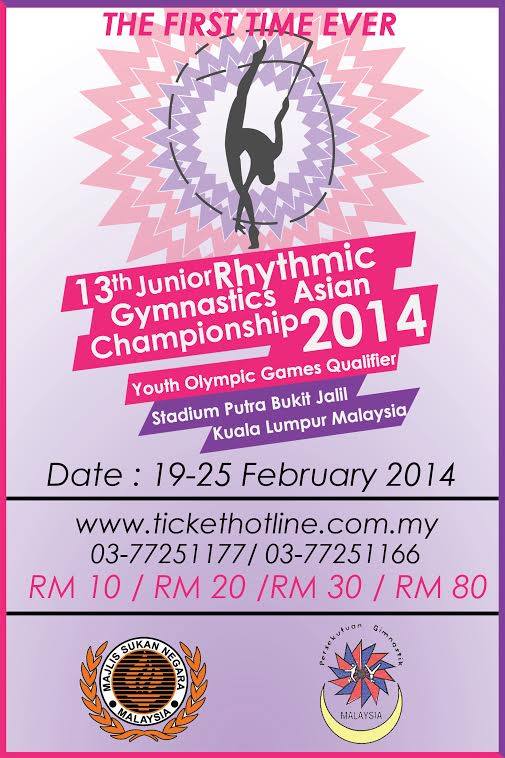