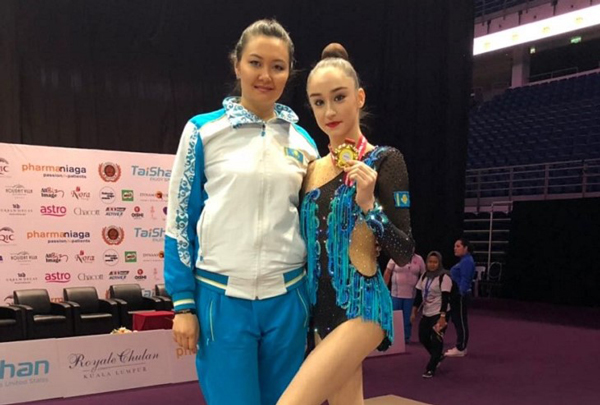 Doha (Qatar), AGU Office: Kazakhstan won a whopping 17 medals, with the seniors winning three gold and as many silvers and two bronze medals at the Asian Rhythmic Gymnastics Championships in Kuala Lumpur, Malaysia.
The competition, which was held from April 28-May 2, featured gymnasts from 18 countries.
Team leader Alina Adilkhanova claimed three gold, one silver and as many bronze medals.
The championships, held under the aegis of Asian Gymnastics Union, had individuals, including hoop, ball, clubs, ribbon and groups categories.
The group qualifications (5 hoops, 3 balls + 2 ropes) were held from April 29-30 and the finals on May 1-2 respectively while the individual all-around finals were held on May 1.
At the other end, the Kazakh youth gymnasts bagged four gold, two silver and three bronze medals in the junior championships, which was held simultaneously.
Rosa Abitova, who qualified for the Youth Olympic Games in October, won two gold medals.