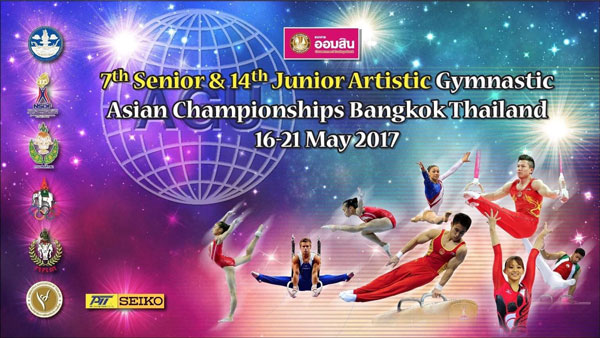 Several top stars are expected to take part in the 7th Senior Artistic Asian Championships, which will be organised by Asian Gymnastics Union (AGU) in Bangkok, Thailand, from May18 to 21.
More than 100 gymnasts will be seen in action while the previous edition held in Hiroshima, Japan, two years ago had attracted 116 athletes from 16 countries.
The women’s and men’s qualification will be held on May 18 and 19, with the finals on May 20 and 21 respectively.
There will be eight events in the men’s category, with top contenders China and Japan will fight it out in the team, individual all-around, floor, pommel horse, rings, vault, parallel bars and horizontal bars.
The women gymnasts will contest in the team, individual all-around, vault, uneven bars, balance beam and floor.
China will have the largest delegation with 24 members followed by Japan (23), Thailand (20) and Chinese Taipei (20) in the tournament, which will be the first Asian competition in the new Olympic cycle where the gymnasts will follow the new Code of Points.
It will be interesting to see if Japan, who topped the medals tally with eight gold, seven silvers and three bronze medals in 2015, can maintain their domination.
China, once a top side, has failed to show promise and finished second two years back, with 13 medals. Their slide in performance at the Asian meet was also reflected in Rio Games last year.
Hong Kong, who came third, was the only other nation to win a gold besides a silver medal.