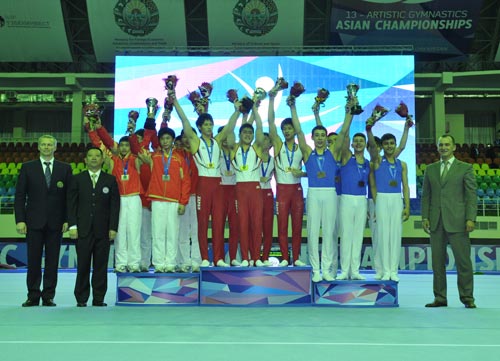 Japan was best on all apparatus, The China performed exceptionally well were sitting in second position, pressing Uzbekistan to fight for the Silver.

It was one of the most exciting Junior Asian Championships Finals seen in Men’s Gymnastics! The Japanese gymnasts proved that they are the best team at the moment! They had the highest  Start Values, and this made the difference for them;  in spite of some small mistakes, they were also very stable. You will remember some of these names in the future competing in the senior events.

All-Around Final was interested and very exciting until last apparatus which only 0.1 pts give the gold medal  for the Chinese TA Yinga with 82.500 pts followed by the Japanese KATO Yuto with a total of 82.400 pts silver and third ARAYASHIKI Hibiki JPN with 82.350 pts

Full results in the BOX 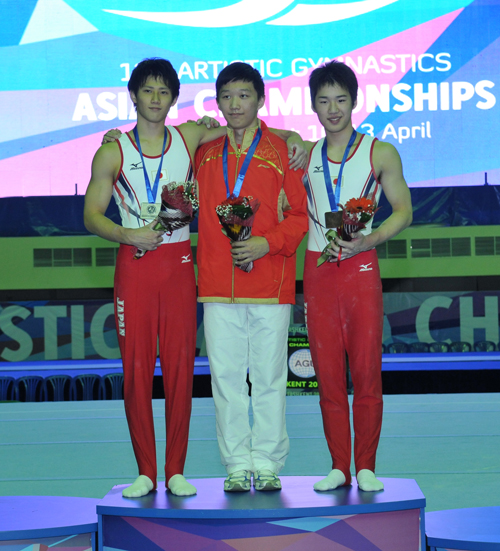