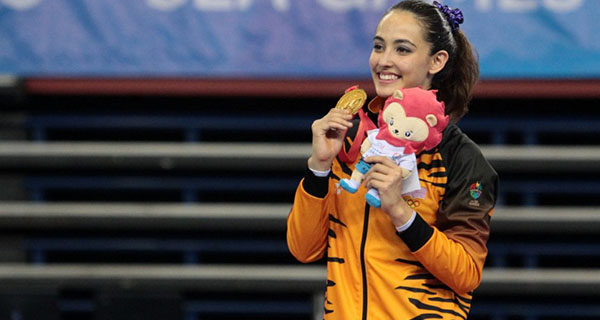 Vietnam, who finished second in the competition with five gold, three silver, won the men’s horizontal bar gold and silver, with Le Thanh Tung and Dinh Phong taking the honours.

Earlier, Rifda won her country’s first gymnastics gold when she claimed the balance beam with 13.25 points.

The rhythmic competitions will begin on Wednesday.