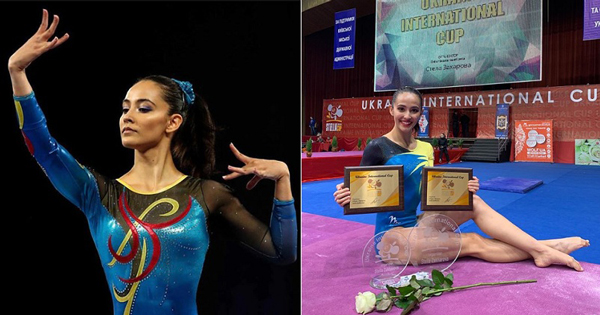 DOHA (QAT) AGU Office: Malaysia’s women artistic gymnast Farah Ann Abdul Hadi won a gold in uneven bar at the Ukraine International Cup in Kiev.
Farah also won a silver (floor) and two bronzes in the competition. She won the silver medal in the floor exercise (13.200 points) in the tournament, which was held from March 30 to April 1.
“It has been such an amazing experience. I couldn’t have done it without my amazing coaches Ms Nataliya and Ng Shu Wai, who always pushed me to do my best and always believed in me. My team-mates who are incredible and whom I wouldn’t be able to achieve what I have without them,” said Farah, who scored 12.900 points.
However, she wasn’t selected for the uneven bar event according to her coach Ng.
“Tan Ing Yueh was slotted for the event but after a discussion. We went for Farah as she’s the best in South-East Asia on the uneven bar, and the decision paid off,” Ng was quoted as saying by The Star.