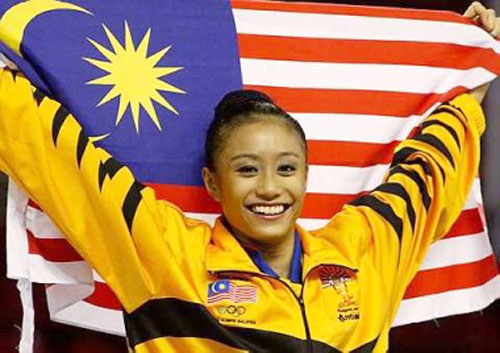 Debutant Elaine Koon proved that she is a star in the making after emerging as Malaysia’s top performer in the World Rhy-thmic Championships in Japan recently.
The 16-year-old gymnast, who was promoted to the senior squad this year, finished 54th out of 142 competitors in the individual all-around event with a total score of 68.975 points.
Malaysia’s previous best finisher in the world series was S. Sarina, who finished 44th placing at the world meet in 1989.
Elaine said that her performance would motivate her to take her career to greater heights.
“I am quite satisfied with my first ever outing in a world meet. This is only my second international tournament as a senior gymnast,” said Elaine.
“Of course, there is more work to be done as I continue to train with my team-mates for the Commonwealth Games next year (in India).”
Elaine also took part in the team event with Nur Hidayah Abdul Wahid and Wan Siti Haniza`Wan Izhar and the trio finished 24th.
They were the third ranked Commonwealth country in the team event, behind Cyprus (18th) and Australia (22).
The trio did even better than Canada, who swept most of the medals at the last edition of the Games in Melbourne. Canada came in at the 26th spot.
The 19-year-old Haniza, the most experienced among the Malaysian gymnasts, said she was proud of the team’s spirit.
“I did not do that well and there were some mistakes. But it was a great experience for the team – especially as all of us were taking part for the first time. We did well to support and encourage one another,” said the 17-year-old Hidayah.
“I think, there is a chance for us to be among the medallists in the team event at the Commonwealth Games if we continue to work hard and stay committed in training. This will be our goal.”
Hidayah and Haniza will not take part in any more competitions this year as they will be focusing on their school and university examinations respectively.
Elaine, however, will get ready for the South-East Asian Confederation Games (SEAGCON) in Thailand next month. 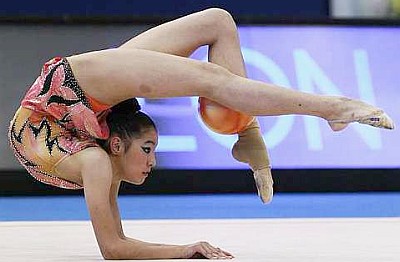