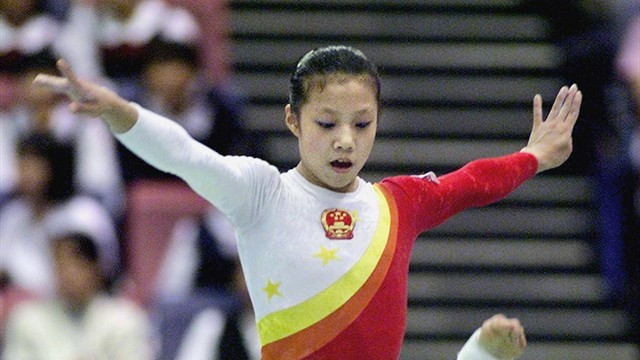 Used, perhaps abused and now tossed away. Chinese officials’ treatment of Olympic gymnast Dong Fangxiao, found to have been underage when China fielded her at the Sydney Games in 2000, really makes the blood boil.
Despite China’s official denials, accumulating evidence that Dong was just 14 when she competed on the team that won Olympic bronze now includes her personal CV, which says she was born Jan. 23, 1986.
That birth date means Dong was two years below the minimum age requirement of 16 at Sydney. The CV further undermines China’s position that there is insufficient evidence to prove that Dong competed underage — as the FIG, the international gymnastics federation, determined last month after a marathon investigation. The FIG annulled Dong’s results and recommended that the International Olympic Committee strip China of its bronze medal. The FIG is hoping for an IOC decision in April.
Dong now lives in New Zealand with her husband. A gym club there wants to hire her as a coach and has applied for local government funding. The Waikato District Council published the funding request, including Dong’s two-page CV, online to comply with New Zealand public transparency requirements.
Dong’s opinions on the FIG ruling are not known. A friend in New Zealand, reached on Dong’s mobile phone, said she has returned for a while to China. In China, media reports say she is refusing comment.
But the age ordeal seems to have presented a dilemma to the ex-gymnast whose promising career was abruptly cut short a year after Sydney by a crippling thighbone injury surely not helped by repeated painkilling injections reportedly given to her from 1998 onward when, according to the birth date on her CV, she was just 12.
Perhaps out of patriotic loyalty, to preserve her Olympic bronze or to spare embarrassment for Chinese officials who trained her as a gymnast from childhood, Dong tried with the FIG to hew to the party line that she was born in 1983 and thus was eligible in Sydney even while other documents, including her CV, indicate that is untrue.
At an FIG hearing in December, Dong said she was born in 1983 but produced a passport that gave her birthdate in 1986, federation officials say.
Yet while Dong has seemingly sought to keep up appearances, she is now being left out in the cold in China, where the top gymnastics administrator is trying to wriggle out of FIG and IOC sanction by shifting blame onto Dong.
The state-run newspaper China Youth Daily quoted Luo Chaoyi as saying that Dong was eligible in Sydney but then shaved three years off her age after retirement in 2001, and that “this must have been an act by her and her family.”
Such an explanation is barely credible — unless, of course, Dong is a master forger of official documents, which is even less believable. In China, as elsewhere, passports are government-issued. Coaches — and not just in China — have also long falsified ages for girls whose small and supple bodies give them a competitive advantage over larger and older young women. The reverse scenario — that a retired gymnast would pass herself off as a kid — makes no sense.
It also beggars belief that Chinese officials could not have known that Dong was underage in 2000. Most of Dong’s childhood was spent within the state-run sports system that churns out medalists for China. Her CV shows she joined a sports school at age 4, a provincial team at 7 and the national team at 10. The regimen in such teams can be so tough that wealthier Chinese parents are now steering their children away from organized sports and Chinese media have been increasingly critical of sausage-factory training methods.
“If we did some of the things that they do I would be put in jail, quite literally,” the FIG’s chief scientific officer, former Canadian national coach Keith Russell, told The Associated Press, speaking of Chinese coaches. They can be “pretty severe,” he added.
The repeated use of painkilling injections on Dong from a young age was reported by Chinese sports columnist Li Jun after he visited her at home in the northern city of Tangshan when she was convalescing in 2002 from multiple surgeries for what Chinese media widely identified as thighbone necrosis, or bone death. Starved of blood, the bone goes soft and chalky and, in late stages of the condition, eventually collapses. Overly intense athletic training and steroid use can both be causes.
“With any of these necrosis things, usually the joint has been hammered too much,” says Russell.
Li reported on Sina.com, China’s largest Internet portal, that Dong got her first injection after thigh pain started as a national squad member in 1998, that she was injected three or four more times in subsequent years and in March 2001 received two injections in three days. Li, speaking by phone to the AP, wasn’t sure exactly what drugs were administered. Doctors say that if necrosis was setting in, Dong should simply have been rested.
“I don’t know what the injections were but masking pain is always dangerous and especially dangerous in children,” says Russell.
In May 2001, Dong got five golds at the East Asian Games in Japan and another two at the University Games three months later. Her last competition of 2001 and, it turned out, her last ever, was China’s National Games, where she competed even though she told officials she was in pain.
“I felt pain even during sleep. I woke up because of the pain,” Dong told Chinese online video broadcaster ewang.com in 2003. “There were doctors with me all the time … They just gave me treatment, normally acupuncture, massage and whatnot.”
Within the sport, there are those who say it might be wiser if gymnastics simply scrapped its difficult-to-enforce age limits that were introduced to prevent overly young and fragile girls from being thrust too soon into elite competition by impatient, overambitious coaches.

By John Leicester, AP Sports Columnist
John Leicester is an international sports columnist for The Associated Press. Write to him at jleicester(at)ap.org.