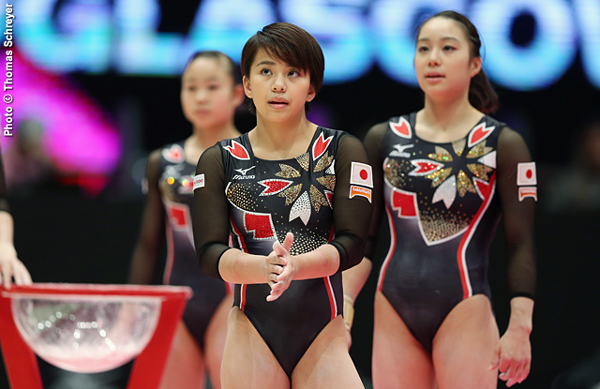 Montreal (Canada): Japan’s Mai Murakami leads the women’s all-around qualifications at the 47th FIG Artistic World Championships here on Wednesday.
Murakami, with an overall score of 55.933, is among seven others hoping to succeed current world champion Simone Biles, who is not taking part at the Worlds.
Ragan Smith of the United States finished second with 55.932 points followed by Canada’s Ellie Black scored 55.766 in the all-around standings.
Murakami, who finished fourth on the floor exercise at the 2013 edition, had a flawless performance on any of the four apparatus.
The 21-year-old’s best performances came on balance beam and floor, the events where she will get another chance to medal during apparatus finals.
Smith had a difficult outing and lost her rhythm on uneven bars and beam, but consolidated her position behind Murakami with the best score on floor.
Meanwhile, China’s Fan Yilin is favourite to defend her crown in uneven bars.
A leader among the great Chinese specialists of uneven bars, the 17-year-old is known for her complex combinations and breath-taking precision, and she will be hoping to defend her title in style.