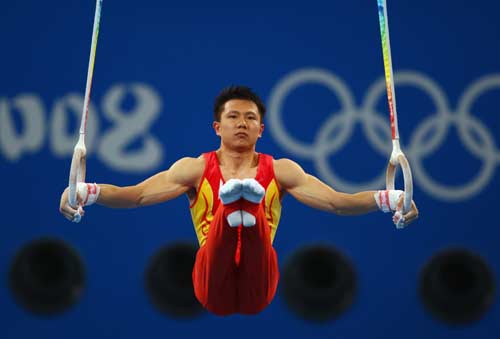 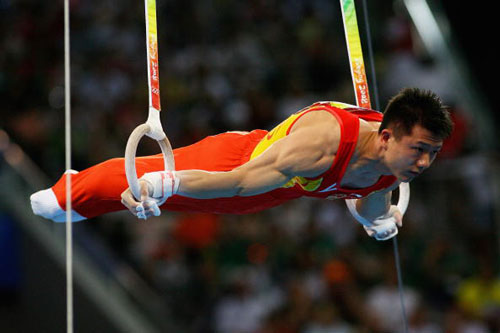 Doha  (QAT), AGU Office, April 17, 2012:”Rings King” Chen Yibing of China claimed on Sunday that he may retire after the London Olympic Games.
Chen bagged home the men’s rings gold with 15.925 points at the FIG Artistic Gymnastics World Cup here on Sunday.
European bronze medalist Eletftherios Petrounias of Greece embraced the silver with a difference of 0.200 points and Lambertus Van Gelder of the Netherlands got the bronze at 15.425.
“My injured right arm was killing me. It’s too painful for me if I don’t use protection. But when I wrap bandage, I feel so dull that I can hardly use all my strength,” said the four-time world champion on rings.
Chen wore bandage and got pain-killers in Saturday’s qualification, yet his arm injury was still serious enough to make him bite his underlip to bleed.
“However, it was a precious experience for London Olympics — I mean, if my injuries were still not recovered,” said the 27-year-old, “After London Olympics, I may retire. I’m clearly aware of my body and limitation.”
As a member of the 2008 Beijing Olympics team, Chen won the golds for China in the men’s team event as well as on the rings. His still rings performance was praised as “textbook-worthy”.
After the Olympic showcase, Chen once told local media that he had the intention of being a TV host for children’s program after retirement.