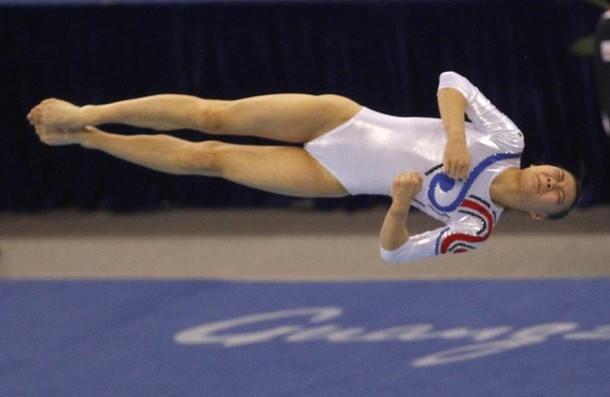 Doha (QAT); AGU office: March 8, 2011: The South Korean female artistic gymnastics squad has hired a Chinese coach to prepare for next year’s Summer Olympics, South Korean officials said Tuesday.
Chen Shijing will join South Korean gymnasts at the National Training Center in Taeneung, northern Seoul, later Tuesday, according to the Korea Gymnastics Association. Chen had been a coach at a Chinese national training center built by Li Ning, a three-time Olympic gymnastics gold medalist.
The South Korean association said the 60-year-old Chen has signed on for one year at 35 million won (US$31,395). South Korean officials first contacted Chen last November during the Guangzhou Asian Games in southeastern China. Officials said the Chinese coach at first wasn’t interested, but after visiting Seoul for a week in January to watch the gymnasts, he decided to take on the South Korean team.
“We hope Coach Chen will bring the advanced Chinese coaching system here and help our athletes strengthen fundamentals,” an official with the South Korean association said.
China is one of the world’s strongest gymnastics powers, having won 24 Olympic gold medals — tied for the fourth most medals ever — and 64 world championships, the second-highest number of titles behind Russia.
South Koreans said they’ve noted Chen’s track record of having nurtured successful young female Chinese gymnasts. His pupils include Huang Qiushuang, a double gold medal winner from the Guangzhou Asiad; Yang Yilin, a member of the gold medal-winning Chinese team at the 2008 Beijing Olympics; and Wu Liufang, who grabbed four titles on last year’s World Cup circuit. They’re all 18 or younger.
The South Korean women’s team ranked 20th at the team all-round category at last year’s World Artistic Gymnastics Championships in the Netherlands. It was the country’s best world championship finish in the women’s team event in 13 years.
South Korean men’s team made five straight Olympics from 1992 to 2008, but the women’s team hasn’t been there since 1988 in Seoul, sending only a few individuals to the quadrennial event.
But officials say they feel this year should be a turnaround, as Heo Seon-mi and Park Kyung-jin, both junior standouts, have turned 16 this year and have thus become eligible for senior competitions. And bringing in a proven coach such as Chen should accelerate their development, officials added.
“In the early 1990s, our female gymnasts worked with a Chinese coach named Pan Chenfei for six months and improved immensely,” recalled one gymnastics official. “We’re hoping for even better results this time around.”
South Korean gymnasts will vie for their Olympic berths at this year’s world championships in Tokyo in October. They must finish among the top eight to earn their tickets.
If they end up between ninth and 16th, they will be relegated to the final qualification round in London in January next year for the last four spots.