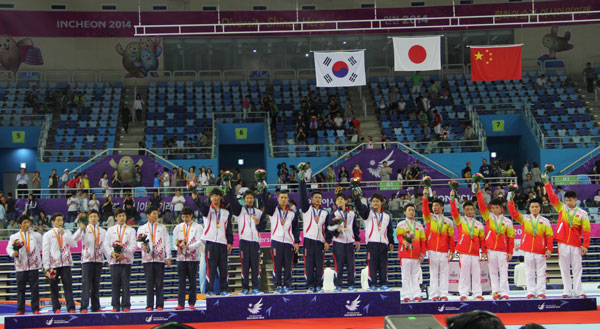 Incheon (KOR) AGU Office, September 21, 2014: Japan was best on all apparatus, The Korea performed exceptionally well were sitting in second position, pressing China to get the third place and the Silver medal with little bit more than half point despite that they bring the Olympic & World Champion Zou Kai
Team Final and Individual Qualifications – Asian Games
It was one of the most exciting Asian Games Team Final. The Japanese gymnasts proved that they are the best team at the moment! They had the highest Start Values, and this made the difference for them; in spite of some small mistakes, they were also very stable. 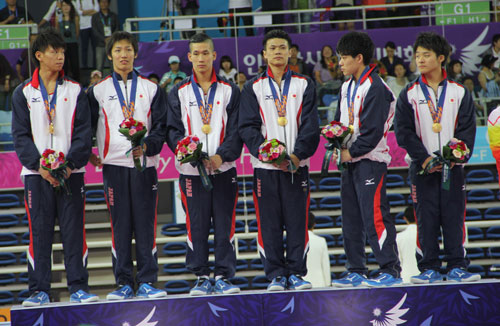 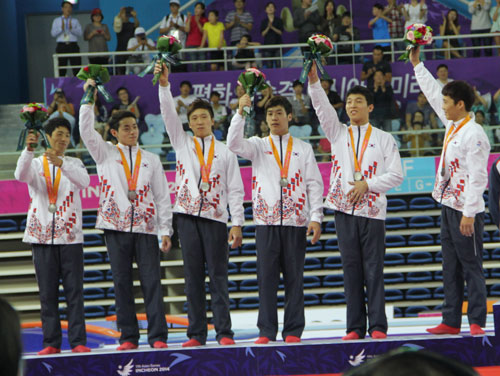 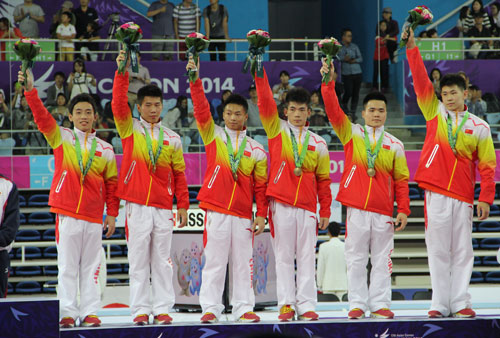