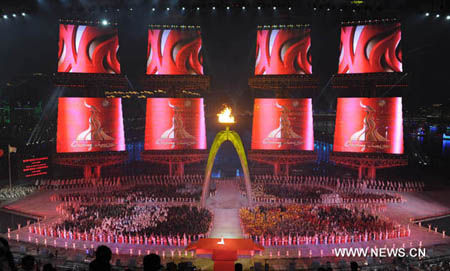 – The 16th Asian Games opened in central Guangzhou on Friday (November 12) in a blaze of pyrotechnics as China staged the biggest sporting gala since the 2008 Beijing Olympics.

THE OPENING ceremony of XVI Asian Games to be held in Guangzhou, China is going to be one of a kind.

It’s the first ceremony where the whole event will not take place in any closed place or a stadium but in an open space. It will take place on an island on Pearl River and each country’s contingent will be taken there on a separate boat.

Chinese Premier Wen Jiabao declared open the Games in the middle of the Pearl River on Haixinsha Island, to the thunderous explosion of a massive fireworks display with residential buildings and the 610-metre high Canton Tower as a backdrop.

“Please show us your best performance, and show us the spirit of sportsmanship, fair play, friendship and respect to your fellow athletes and officials.”

Olympic diving champion He Chong ignited a giant firework whose flare shot up and lit the cauldron.

The Asiad flame returned to Guangzhou on Nov 5 after being relayed in Beijing, Harbin, Changchun, Haiyang and 21 cities across Guangdong Province.

Before the lighting of the cauldron, Afghanistan headed the athlete parade, which was concluded by host China with Olympic women’s rowing champion Jin Ziwei as the flag bearer.

Befitting a city and a continent whose very foundations depend on the convergence of land and water, the Opening Ceremony centred on the river, its islands and its riverbanks.

Before the nearly 30,000 spectators on Haixinsha Island saw the athletes and officials, ten of thousands of ordinary Guangzhou residents had welcomed the Games to their city as the 45 participating delegations sailed down the Pearl River from White Swan Bay.

At last Games in Doha, China headed the table with 166 gold medals, followed by South Korea into the second with 58 and Japan third with 50.

The Guangzhou Games is the largest ever Asian Games featuring 28 Olympic and 14 non-Olympic sports with 476 gold medals up for grabs. The Games will see the debuts of cricket, dance sports, dragon boat racing, roller sports and Go chess.

Guangdong Province built and renovated more than 70 stadiums. The air and water quality in Guangzhou has been improved, its transportation system updated and barrier-free facilities in place. Some 900,000 volunteers will go all out to ensure a comfortable and safe environment for the audience and athletes.

The Asian Games has urged Guangzhou residents to behave in a more civilised manner as a massive education campaign was launched shortly after the city won the hosting rights in 2004.

Guangzhou officials have handed out one million brochures and sent 40 million text messages to teach its citizens better manners and even how to smile. 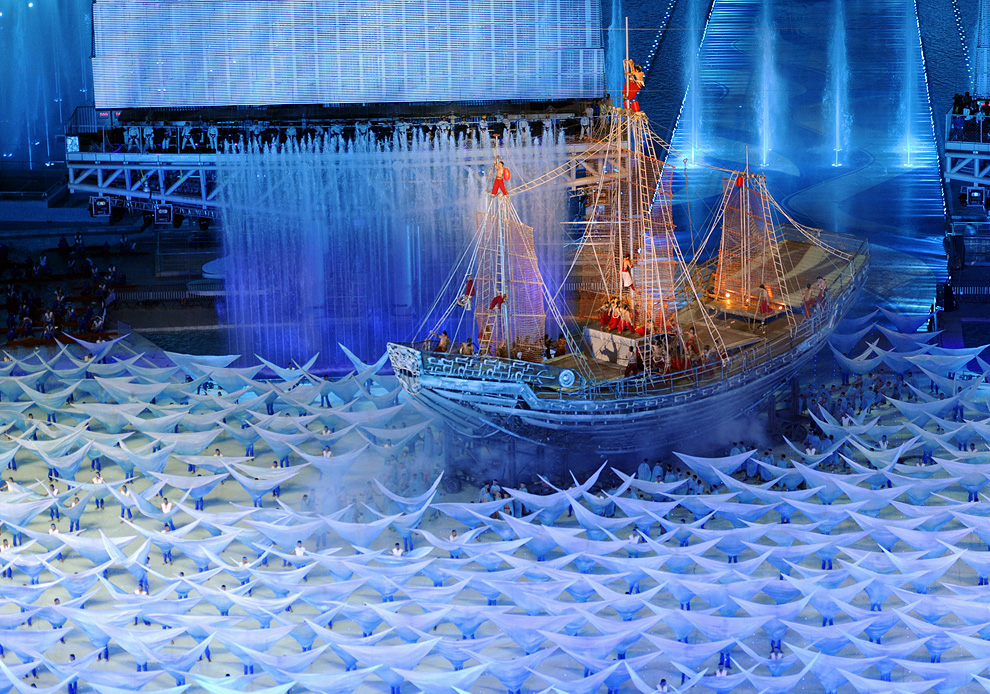