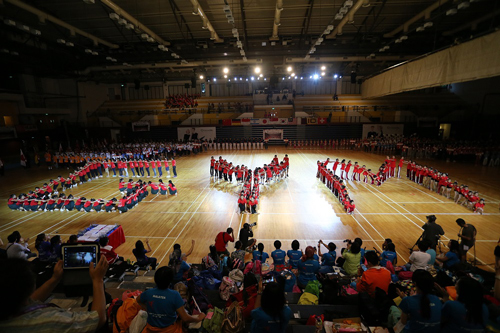 Doha (QAT) AGU Office, November 11, 2013: The 4th Asian Gymnaestrada concluded with the Gala on 3rd November after over 50 performances over the weekend!  The event attracted 600 participants from 11 countries, with ages ranging from 4 to 80 years of age.
The event opened with a march in of the 30 participating teams, with Singapore participants forming the word “GYM”.  Representatives of all 11 countries came together with lights to represent the circle of friendship between the countries and indicate the Opening of the 4th Asian Gymnaestrada.  A Lion Dance was performed by Ngee Ann Polytechnic to welcome our guests with a symbolic Asian flavour, followed by performances from various groups concluding with a combined performance by 3 disciplines of Rhythmic gymnastics, Men’s Artistic and Women’s Artistic merging together.
The next day provided the majority of performances, with Nittaidai particularly wowing the crowds with their spectacular formations; the group consisted of 58 participants.    The students at Nittaidai commence the sport only at University age – and the quality of the performance was outstanding.  The German Ostalbhurgler group provided creative performances one of which included a unique piece of equipment – many modified clothes horses!  The Swiss group impressed with their acrobatics using the parallel bars and mini trampolines – throwing multiple somersaults and interesting formations and acrobatics with Swiss Balls.  Eileen Chai, a former National gymnast from Singapore, who competed at the SEA Games at the age of 7 years old in 1985 showed her talents on the Violin with an originally composed song for the event – “Enjoy the Ride”.
Singapore Gymnastics would like to thank the Guest of Honor Mr Lawrence Wong; Acting Minister for Culture, Community and Youth (MCCY) and Senior Minister of State, Ministry of Communications and Information for gracing the event.  We hope that the ambassadors and their representatives from the participating teams that attended the Opening Ceremony enjoyed the event.  We also thank all participants, coaches, and the hard working volunteers who helped to organise a fantastic weekend! 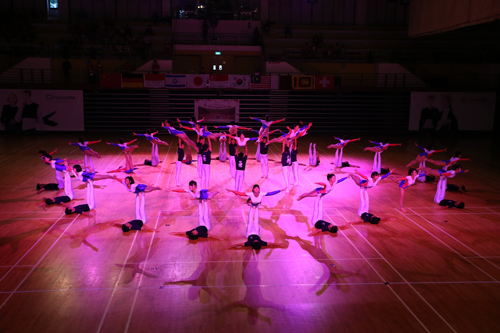 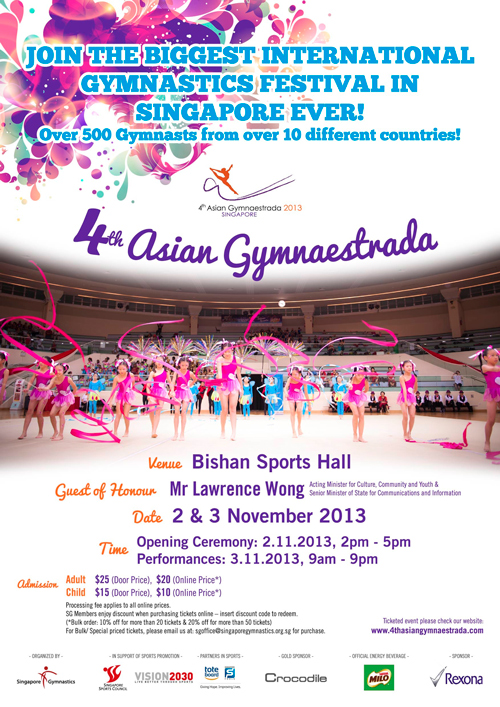