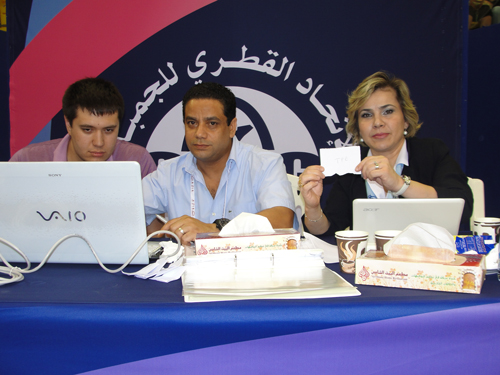 Doha (QAT) AGU Office, April 03, 2014: The drawing of lots for the 13th Junior Artistic Gymnastics Asian Championships that will be held in Tashkent – Uzbekistan during the period 10 to 13 April 2014 was held on March 28, 2014 less than 2 weeks prior to the beginning of the event.
The draw was conducted at the World Challenge Cup that will be held in Doha during 26-28/03/2014 in Aspire Academy Dome in the presence of AGU Technical Manager Mr. Anis SAOUD, The WAG/TC President Radie KIZILGUN, The Uzbekistan Gymnastics Federation Manager Mr. Timur Abduvaliev and Mr. Ahmed Daoud the Executive Secretary with the presence of some Asian Countries participated to the event.
The draw was held after the deadline of the nominative registration. The Organising Committee of the 13th Junior Artistic Gymnastics Asian Championships registered the participation of 22 National Federations. 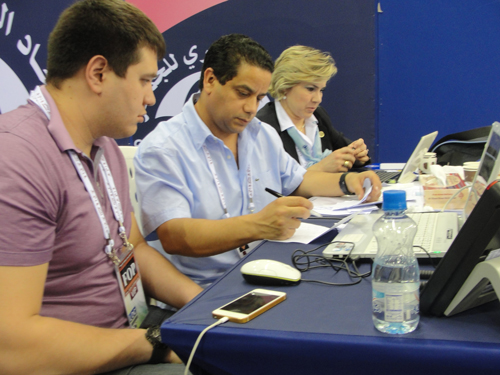