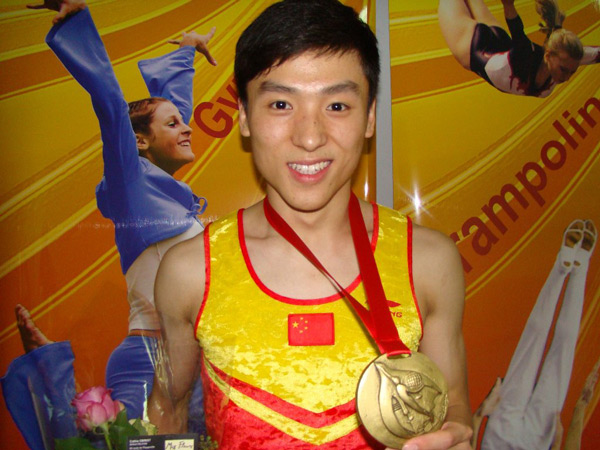 Doha (QAT), AGU Office, November 25, 2015: The 2015 World Trampoline Gymnastics Championships begin Thursday in Odense (DEN), promising a high-flying spectacle where berths for the 2016 Olympic Games in Rio and The World Games 2017 in Wroclaw (POL) will be up for grabs.
A record 344 athletes representing 40 nations from Argentina to Venezuela have registered to compete for the 14 World titles to be awarded in Individual and Synchronised Trampoline, Tumbling and Double-mini.

With 205 gymnasts (123 men and 82 women) scheduled to compete in the Individual competition, participation in Trampoline Gymnastics has reached new heights with the Odense Worlds, signalling a burgeoning interest in the discipline, which has been part of the Olympic programme since 2000.
Best-on-the-planet bragging rights are only part of the story in Odense, hometown of the famous storyteller Hans Christian Andersen. For the top gymnasts, Sunday’s final will mark the beginning of their own Olympic fairy tale. The top eight gymnasts in Men’s and Women’s Individual Trampoline competition will earn their countries a spot in the 16-gymnast field at next summer’s Rio Games. Thirteen other men and women will advance to Olympic Test Event to be held April 20, the second and final opportunity for gymnasts to qualify for the Games.
Three Olympic champions – Dong Dong (CHN, 2012), He Wenna (CHN, 2008) and Rosannagh MacLennan (CAN, 2012) — will contend for the Individual titles in Odense. They will be joined in the podium race by reigning World champions Tu Xiao (CHN) and Liu Lingling (CHN) and former Olympic medallists Jason Burnett (CAN), Dmitry Ushakov (RUS), Karen Cockburn (CAN) and Ekaterina Khilko (UZB).

The competition is no less important for gymnasts in the non-Olympic disciplines of Synchronised Trampoline, Tumbling and Double-mini. For them, the Odense Worlds are the only opportunity to qualify for The World Games 2017 in Wroclaw (POL), the quadrennial Olympic-style competition for non-Olympic disciplines.
In Synchronised Trampoline, Tumbling and Double-mini, the top eight countries from the qualification round will advance to The World Games. The last two places will be attributed by the FIG Executive and Trampoline Technical Committee, taking into account host country and continental representation requirements.

For the past 15 years, Odense has hosted several big Trampoline events, including the 2001 World Championships. “Odense is a sports city that obviously likes to bounce!” declared Slava Corn, Vice President of the FIG. “When we came here 14 years ago, Trampoline had just made its Olympic debut in Sydney 2000. These Championships in 2015 are the biggest yet and the first major stop on the road to the Rio Olympic Games.”
“This is the fifth time in a generation that Trampoline athletes have come to compete in Odense,” said Flemming Knudsen, President of the Danish Gymnastics Federation. “Hosting events like the 2001 Worlds and FIG Trampoline World Cups have allowed us to develop the sport in our country while displaying Danish gymnastics on an international level.”
“Hosting the largest World Championships in the history of the discipline is a great honor for us, since we constantly work to attract great international sports events that give us a chance to tell the story about our transformation into a vibrant and modern city,” added Anker Boye, Mayor of Odense.

Competition in Odense begins Thursday with the beginning of the qualification rounds. The first finals will be held Friday evening in the presence of Prince Frederik of Denmark, who is scheduled to present the gold medals.